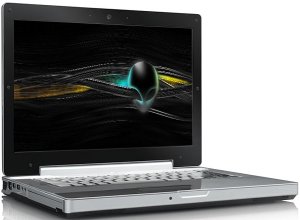 “When we launched the Area-51 m15x in January with the original CPUs and the NVIDIA GeForce 8800M GTX GPU, we knew we had crammed in more power than anyone had ever seen in this size system,” said Bryan de Zayas, Associate Director for Product Marketing at Alienware. “Now, with the addition of an Intel Core 2 Extreme X9000, we’ve made the world’s most powerful 15.4-inch notebook even more powerful.”

Intel’s new 45nm technology infused with Hafnium technology, improved thermal management, more transistors, and Intel HD Boost allows the Intel Core 2 Extreme X9000 to deliver an increase in executable instructions with less strain on the CPU. The processor features 6MB of shared L2 cache and an 800MHz front side bus so users can do even more on their Area-51 m15x notebooks.

“Intel’s Core 2 Extreme X9000 represents an incredible achievement in mobile processing,” said Erik Reid, Director of Marketing, Mobile Computing Group, Intel. “By merging revolutionary 45nm technology with the awesome performance of the Area-51 m15x, users of this system have at their fingertips one of the most sophisticated mobile systems imaginable.”

“We’re excited that the Area-51 m15x is the only 15.4-inch system available with a 45nm Extreme processor,” said de Zayas. “It reinforces Alienware’s philosophy of providing our users with only the most current, most advanced components integrated into our superior architecture and stunning system designs.”