The 50-inch ``PAVV Cannes 450’’ model is featured with the industry’s highest 1,000,000:1 contrast ratio and can easily revive a deep black color thanks to the cutting-edge cell light control technology, according to the company.

``Users could see the latest generation of Hollywood 3D movies by wearing a designated eyewear and play 3D games by just connecting 3D-only software to PCs,’’ a Samsung spokesperson said on Thursday.

The retail price for the 42-inch TV is set for some 1.75 million won, while the 50-inch model will sell for about 2.5 million won.

Experts say the product turns 3D-TV into a familiar `plug-and-play’ approach that is equivalent to the existing 2D-TV experience while substantially reducing manufacturing and support costs for 3D-TV manufacturers.

The deal comes as EA has been seeking a strategic partnership with a flat screen TV maker as the company needs to secure a new ``growth engine’’ in the online gaming industry.

``For now, the 3D-TV makes it possible to experience PC-based package games but we are positive that users can enjoy video gaming in the near future,’’ an EA official told The Korea Times. 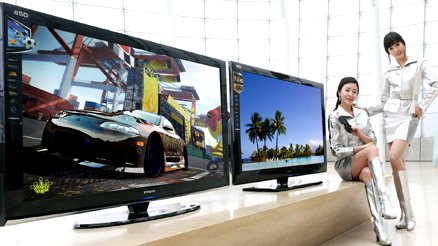