Posted on Wednesday, Jun 12 2013 @ 18:20 CEST by Thomas De Maesschalck
TPU got its hands on pictures and details of the upcoming ASUS GeForce GTX 780 DirectCU II. This new model features a custom PCB with 10-phase VRM and tantalum capacitors. According to ASUS, the board is tuned for a 30 percent higher voltage threshold and much better electrical noise suppression (159mV vs 239mV). The card ha a 889MHz core and 941MHz boost, versus stock clockspeeds of 863MHz and 900MHz, respectively.

A star attraction with the GTX 780 DirectCU II, is its new-generation DirectCU II cooler. It uses a CoolTech fan, which made its debut with the GTX 670 DirectCU Mini, and which is a cross between lateral-flow and top-flow fans, ensuring greater sweep. The cooler uses a combination of one CoolTech fan, and a conventional top-flow fan towards its rear. This is to ensure the lateral sweep of a CoolTech fan doesn't push hot air back into the case from its rear. The one in the front pushes it out through the rear vent. Beneath these fans is a conventional aluminum fin-stack heatsink, in which a combination of four 8 mm thick, and a central 10 mm-thick copper heat pipes make direct contact with the GPU. The card ships with a back-plate, even though there's nothing to cool on the back side. 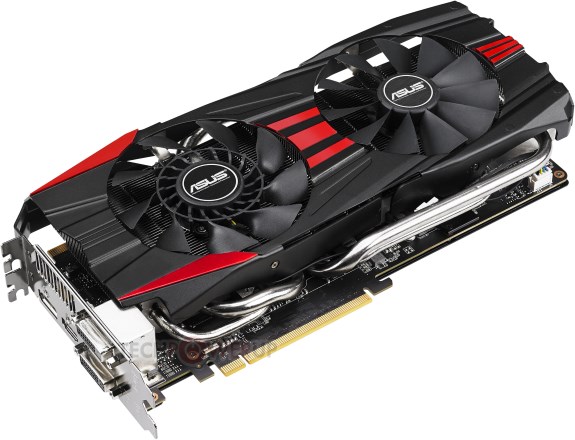 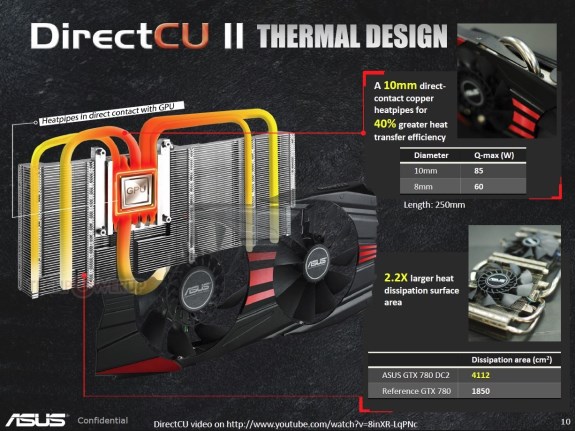