Imagination Technologies: real-time ray tracing in a couple of years

Posted on Thursday, Jan 23 2014 @ 11:34 CET by Thomas De Maesschalck
Imagination Technologies showed off its PowerVR Ray Tracing at CES 2014. The company had a ray tracing demo that showed an airplane surrounded by incredibly complex vegetation. When the camera position was moved, the demo system was capable of rendering the new frame in less than a second, which is pretty quick for ray tracing.

When asked about the feasibility of real-time ray tracing, Imagination Technologies said they expect ray tracing at 1080p with 60fps will be possible within several years.

In fact, this ray tracing logic appears to be an add-on to the company's existing PowerVR graphics cores. It's slated to become available "in a future version of PowerVR," and the firm believes this IP has a "surmountable" cost in terms of silicon area. In other words, Imagination thinks it can persuade its customers to adopt a version of PowerVR with real-time ray tracing logic included. If the company is right about that, we could potentially have tablets capable of producing near-photorealistic real-time visuals within the next few years.

Head over to The Tech Report to see a picture of the demo board. 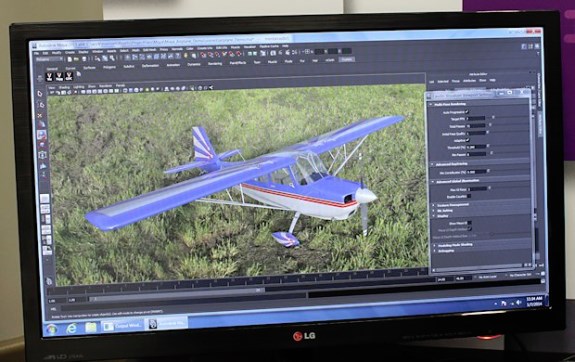