The Macintosh originally launched January 24, 1984. Many may remember the tagline from its commercial, which aired only days before launch: “On January 24, Apple will introduce Macintosh. And you’ll see why 1984 won’t be like ’1984.'"

The Macintosh wasn't Apple's first product, though. In 1976, the tech company offered the Apple I, which was sold as a motherboard with a CPU, RAM and basic textual-video chips. In 1977, Apple co-founder Steve Wozniak created the Apple II, which incorporated character cell-based color graphics and an open architecture. 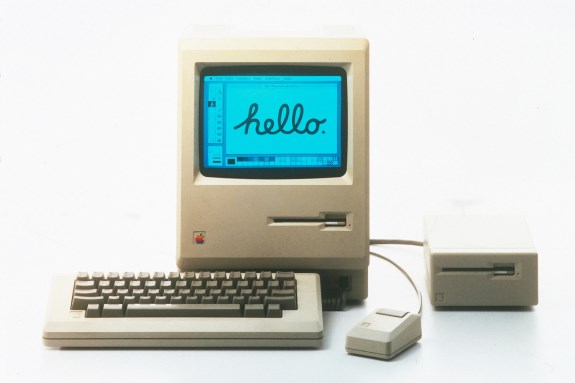