Intel confirmed that its Haswell-E processors will hit the market in the second half of this year. This line of Extreme Edition LGA2011 processors will be supported by the new Intel X99 chipset, they will be the first desktop platform to support DDR4 memory and will include Intel's first 8-core desktop processor. 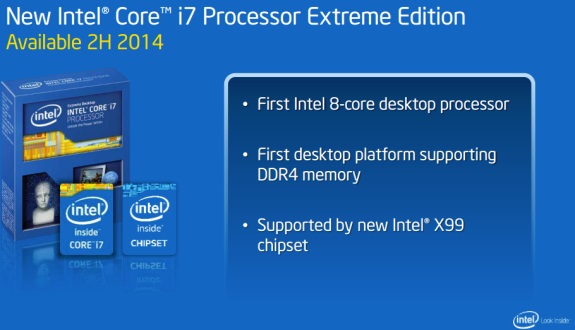 The fifth-generation Core processor, codenamed Broadwell, is expected to arrive in 2015. These 14nm processors willl require a 9-series chipset and the high-end versions will bring Iris Pro (HD 5200) graphics and L4 cache to the desktop platform. 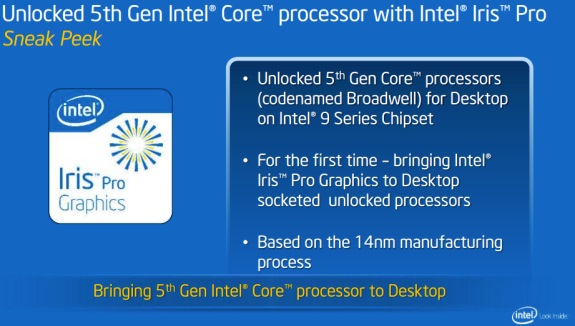 The chip giant also talked about Ready Mode Technology, a new technology uses a combination of hardware and software optimizations to achieve an idle power consumption of less than 10W.