As was rumored earlier this year, these disks are launched in cooperation with Toshiba/OCZ. They feature OCZ's Indilinx Barefoot 3 controller and 19nm MLC NAND flash memory from Toshiba. 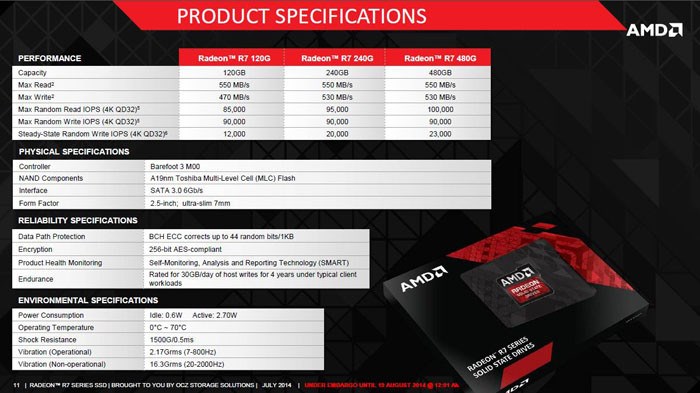