Posted on Tuesday, Aug 05 2014 @ 14:46 CEST by Thomas De Maesschalck
Legit Reviews noticed that the upcoming ARC 100 SSD from OCZ is now listed on webshops like Amazon and Scan.co.uk. The yet unannounced 2.5" disk features 19nm Toshiba NAND flash memory and OCZ's Barefoot 3 M10 controller, it promises read speeds of up to 490MB/s, write speeds of up to 430MB/s and up to 80k IOPS.

That puts it right around $0.50 per GB on the widely popular 240GB and 480GB capacities before any rebates or incentives. That would make this a value oriented SSD and the performance numbers confirm that assessment. The maximum sequential read/write speeds are 490/430 MB/s with up to 80,000 IOPS on the random read and writes. Not bad pricing nor performance numbers! It looks like OCZ will be releasing a competitive SSD to the market when it comes to both pricing and performance. 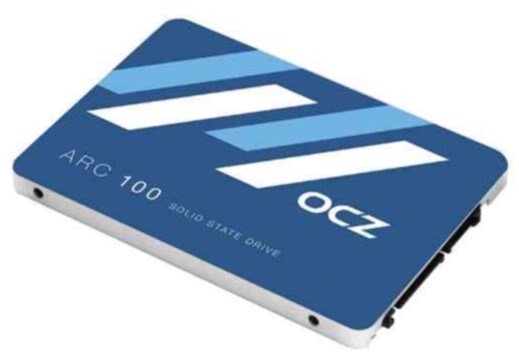