NVIDIA talked about its GameWorks VR technology at the VRX 2015 conference in San Francisco and revealed that this technology can deliver up to 50 percent speedups in Unreal Engine 4. You can read more at the firm's blog.

Tools like NVIDIA Multi-Resolution Shading are just one of the technologies we built into GameWorks VR. Multi-res shading works with VR headsets to put more performance where users can see it.

As demonstrated at VRX using the UE4 demo Reflection Subway, this GameWorks VR technology will help VR developers get up to 50% more performance out of their UE4-based VR games and applications. 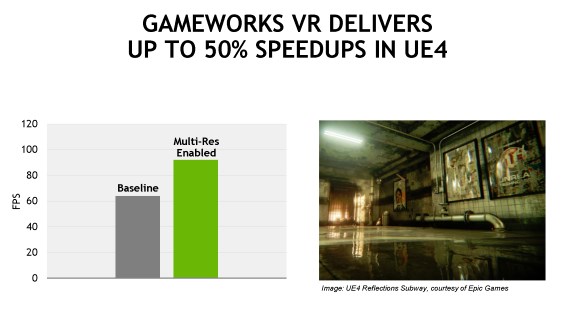