Posted on Tuesday, Jan 14 2020 @ 11:44 CET by Thomas De Maesschalck
Last week at CES 2020, Corsair revealed it's working on new case designs that will incorporate the Capellix LED technology. These LEDs are a lot smaller than traditional LEDs, allowing new concepts to be tried. Corsair showed off a case that was covered by a thin, transparent film with Capellix LEDs, which resulted in a quite unique look:

The glass panels are lined with a thin, transparent film so that you are able to have a matrix of these RGB LEDs on the backside without any easily visible wires, which makes for quite a unique look. This implementation does require a lot of more complex wiring relative to a standard LED strip, tiny as it still may be spatially, which currently limits the number of LEDs that could be embedded in such a removable panel, but the result is attention-grabbing regardless.

Corsair said they're still deciding on whether to launch this or not. The company is considering various options, like including it on existing cases, creating special editions, or using it exclusively on future cases. 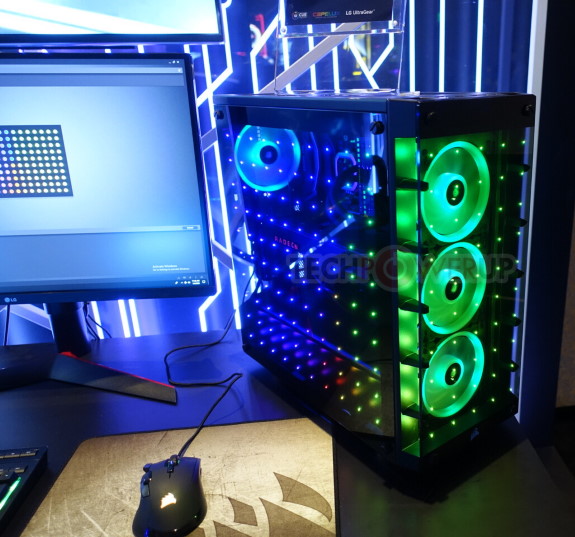