AMD gaining marketshare on NVIDIA and Intel in GPU market

Posted on Thursday, Feb 27 2020 @ 16:47 CET by Thomas De Maesschalck
Jon Peddie Research published its quarterly graphics marketshare report. The first report from JPR always focuses on the total GPU market, so this includes integrated graphics solutions as well as discrete video cards. The agency found that shipments increased 3.0 percent this quarter and that AMD managed to capture quite a bit of marketshare: 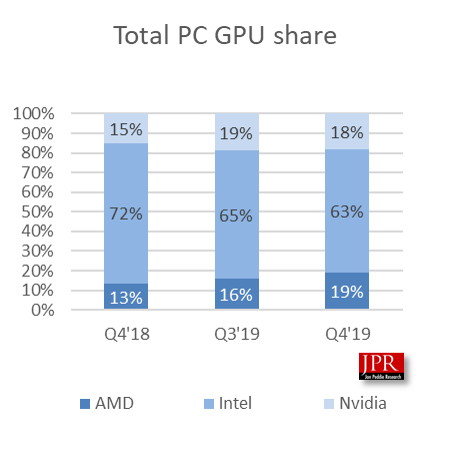