Posted on Monday, Mar 16 2020 @ 22:06 CET by Thomas De Maesschalck
Intel announces it managed to learn its Loihi neuromorphic chip how to recognize the smell of hazardous chemicals:

What’s New: In a joint paper published in Nature Machine Intelligence, researchers from Intel Labs and Cornell University demonstrated the ability of Intel’s neuromorphic research chip, Loihi, to learn and recognize hazardous chemicals in the presence of significant noise and occlusion. Loihi learned each odor with just a single sample, without disrupting its memory of previously learned scents. It demonstrated superior recognition accuracy compared with conventional state-of-the-art methods, including a deep learning solution that required 3,000 times more training samples per class to reach the same level of classification accuracy.

“We are developing neural algorithms on Loihi that mimic what happens in your brain when you smell something. This work is a prime example of contemporary research at the crossroads of neuroscience and artificial intelligence and demonstrates Loihi’s potential to provide important sensing capabilities that could benefit various industries.” –Nabil Imam, senior research scientist in Intel’s Neuromorphic Computing Lab

About the Research: Using a neural algorithm derived from the architecture and dynamics of the brain’s olfactory circuits, researchers from Intel and Cornell trained Intel’s Loihi neuromorphic research chip to learn and recognize the scents of 10 hazardous chemicals. To do so, the team used a dataset consisting of the activity of 72 chemical sensors in response to these smells and configured the circuit diagram of biological olfaction on Loihi. The chip quickly learned the neural representation of each of the smells and recognized each odor, even when significantly occluded, demonstrating a promising future for the intersection of neuroscience and artificial intelligence. 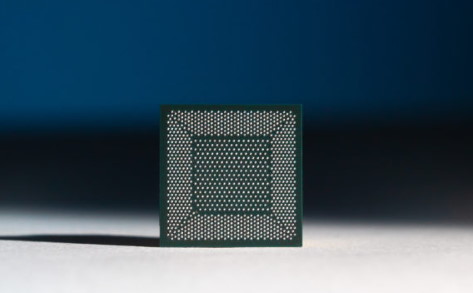