Posted on Monday, Jan 11 2021 @ 12:09 CET by Thomas De Maesschalck
Cooler Master kicks off the new year with the release of its MasterAir MA624 Stealth. This model is already available in Hong Kong for HK$785, which equals around US$101 at the going currency exchange rate.

The MasterAir MA624 Stealth is a large cooler, it measures 144.9mm x 153.2mm x 160mm (W x D x H). It features six 6mm thick nickel-plated copper heatpipes and two aluminium fin arrays. Airflow is provided by three fans, there are two SickleFlow 140mm fans and one 120mm SickleFlow fan. Depending on how the fans are installed, you get up to 70mm clearance for tall memory modules. 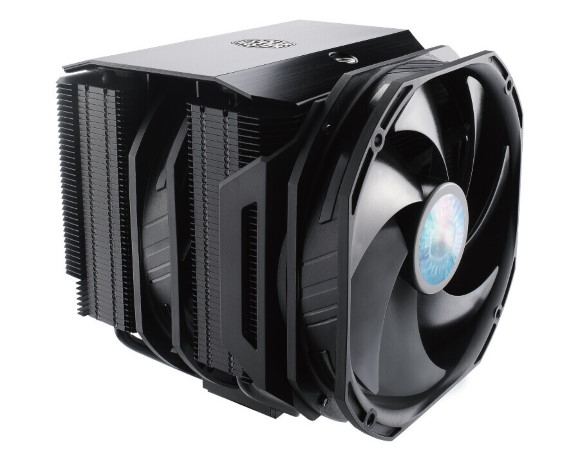