It will have been well over a year since the release of Half-Life 2: Episode One when its followup Episode Two is released via retail and Steam. The game's creeping release date illustrates a slightly modified development strategy on Valve's part to be somewhere in between the quick release of bite-sized products implied by the term "episodic" and full multi-year development. "It's still quicker than our other releases," noted Lombardi, "but we're going more for annual games and eight to nine hours each."

Valve's automated Steam data shows Episode One players demonstrating an average completion time of some five and a half hours. According to the team, Episode Two testers are averaging closer to the new eight or nine hour goal. The increased length is by no means the most significant change to the game, however. I had the chance to play through several sequences from Half-Life 2: Episode Two, and, based on my experiences, the game could represent as broad an evolution for the series as it saw from Half-Life to Half-Life 2. 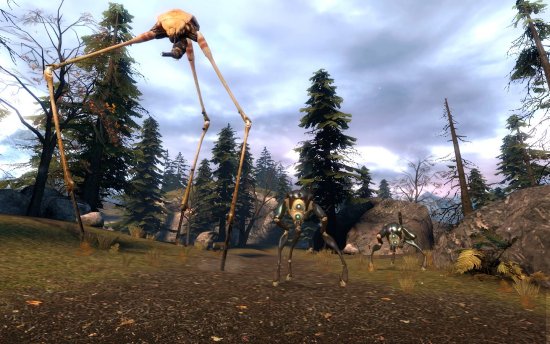