Over the years, DVHARDWARE has taken a look at a number of Patriot memory products. These days, almost every gaming memory maker has its own gaming peripheral lineup and Patriot is no different. Just over four years ago, the firm launched its first Viper-branded gaming keyboards and mice. The subject of this review is the Viper V551, a mid-range offering in Patriot's series of gaming mice. With the Viper gaming peripheral portfolio, Patriot aims to provide a rich set of features at price points that won't break the bank.

The photo below is a bit misleading with regards to the size of the Viper V551 box -- it's actually pretty small. Patriot picked a black/green color theme for the Viper V551 box styling, with a couple of nice photos and a brief overview of the mouse's specifications. As is typical these days, you don't find a lot inside the box. It's just the mouse itself plus a quickstart leaflet that tells you where you can download the Viper software. The mouse measures 42mm x 70mm x 125mm (H x W x D) and weighs 166g according to the specifications sheet. I believe this is the weight with the cord included, but it's definitely not a low-weight mouse by today's standards. Personally, I don't find this to be a major problem. With the V551, Viper focused on offering a higher-than-average number of buttons and multi-zone RGB LED illumination. The peripheral uses the Pixart 3327, a somewhat older 6200dpi optical sensor. Via the Viper software, you can adjust the DPI up to 12,000. The V551 has a total of seven buttons and uses a stiff, braided 1.8 meters long USB cable with a Type-A connector. The mouse has an ergonomic shape. I usually use my left hand for mice, the V551 is somewhat ambidextrous but various parts of its design are intended for right-hand use. The main buttons use Omron switches and are rated for 10 million clicks. Generally, when talking about well-known gaming brands, I don't think there's a lot of junk on the market anymore. Since my first computer experience, I've only worn out one mouse switch and that was on an el cheapo model back in the 1990s. The left side features a rubber grip pad, which can't be removed, and three buttons. You get the usual "back" and "forward" buttons as well as a button that's located in the upper left corner. By default, this button has no function assigned to it. You need to customize it via the Viper software. The two left buttons do not have a lot of resistance, which could result in an accidental press when you grab the mouse a bit too rough. The other button requires a bit more force.

In the lower-left corner are two LED indicator lights, these offer a clue about the current DPI setting. No LEDs means the first level, front LED only means the second level, back LED only is the third level, and both LEDs on means fourth level. No buttons on the right side. The mouse's plastic surface has a matte coating. It feels soft and catches dirt rather easily, but is cleaned easily too. In terms of build quality, I don't see major issues but one thing that bothers me a bit is the sound the shell makes when you grab the mouse, lift it off your desk, and put it back down again during an intense gaming session. There's this "clangy" noise that sounds a bit too low quality. I It's a decent-sized mouse for large hands. The front has quite a lot of buttons as well as a backlit Viper head logo. I already covered the "left corner button" in one of the previous paragraphs, technically this button is on the front of the mouse. Other than this, we have the usual left and right mouse buttons. The shape and feel here remind me of the Razer DeathAdder series. The main buttons are pretty large and smooth, no excessive force is needed to actuate them. Other than this, we have a scroll wheel that doubles as a button. There used to be a time when a lot of mice had horizontal scrolling, but in recent years this functionality has been dropped by a lot of manufacturers. The V551's scroll wheel exclusively supports vertical scrolling. The scroll wheel offers a good grip and is smooth to operate. Below the scroll wheel are two buttons, the upper one with the "M" marking is designed to be used to switch between user profiles, while the other one allows you to switch between DPI settings. Installation of the software is not required to use the mouse but you do need it if you want to customize the functionality of buttons, program macros, or adjust the RGB effects. The software is exclusively available for Windows, which isn't a big problem I think as this is a product for gamers. The software is rather lightweight and is solely used for this mouse, it doesn't support other Viper gaming peripherals. The Viper gaming mouse utility is pretty snappy but the design feels a little rough around the edges. Some elements of the tool look pretty modern while other parts of the user interface have elements that feel more like 1990s software. When assigning a new functionality to a button, there are a number of presets to choose from. Patriot offers a couple of tab menus. First are the typical mouse functions and second, there's a tab that lets you assign keyboard functions to the mouse buttons. Next, we have the advanced functions, with some options being the DPI settings or locking the Y or X-axis. Key cycle allows you to create very basic macros and then there's also a more advanced macro menu. Via the macro editor, you can record and edit macros that use keyboard and mouse commands. Furthermore, you can also insert mouse movements and add delays. Macros can be exported and imported too. I do feel this screen has a quite old-school look versus the rest of the application. Next, we have a couple of basic sensor adjustments. Patriot lets you cycle between four DPI settings via the mouse's DPI selector button. You can go from 50 to 12,000 DPI in increments of 50. It's also possible to assign different DPI settings to the X and Y axis but for gaming, this is rarely used I assume. Auto speed is also offered, this will automatically adjust the DPI in the range you set according to the mouse movement speed. The USB polling rate can be configured and there are also some general options like angle snapping, on-screen display of DPI/profile settings (when you change them) and mouse acceleration. Angle snapping helps you to move the mouse cursor in horizontal and vertical straight lines. Mouse acceleration in the operating system is disabled by default to have more precise control in games. Last but not least is the RGB LED illumination screen. This is another example of a user interface that feels a little rough around the edges. The basic functionality is there but the user interface doesn't feel as slick as it should be. There are nine adjustable RGB LED zones, you can assign a different color to each zone via the user interface. You can select a couple of presets or pick an RGB value by tweaking the three color channels. Your custom RGB programming can be "always on" or use a breathing effect. Other than this, Patriot offers two wave and two random RGB LED presets. The Viper head logo LED can't be controlled. This LED is red color only and can't even be switched off.

It's not possible to adjust brightness levels. The LEDs are bright enough in low-light environments but feel a little low-key in daylight conditions. Below is a video that showcases the default RGB LED illumination effect. It looks decent but the 32-zone illumination on the HyperX Pulsefire Surge is a lot more impressive.

The Viper V551 doesn't use a high-end sensor but a lot of gamers will not be able to notice the difference. The peripheral is comfortable to operate, even for prolonged use. It has decent switches, basic RGB LED illumination, and it performs well. It will be a reliable companion for your gaming sessions, it tracks your movements accurately without any weird jitter or acceleration issues. These sort of things were a problem with cheap mice in the past, but nowadays most sensor implementations are pretty good. The suggested retail pricing is $49.99 but the V551 can usually be found for $10 less. In Europe, it can be bought for around 39.90EUR and one store is currently even selling it for under 36.90EUR. There are a couple of negatives here and there, but overall the Viper V551 offers a lot of value at these price levels.

DVHARDWARE gives the Viper V551 a 8/10 and our Seal of Approval award. 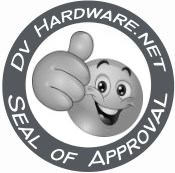