Both models feautre 348MB memory and use a Asus Glaciator HSF. It's expected that 768MB versions will follow soon. 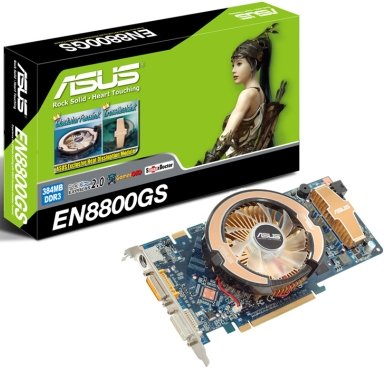