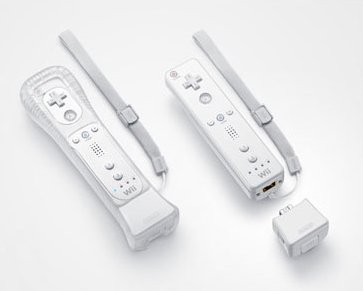 The Wii MotionPlus is plugged to the bottom of Wiimote controller and, combined with the accelerometer and the sensor bar, allows for more comprehensive tracking of a player’s arm position and orientation.

Apparently, Nintendo has not notified any of third-party game developers polled by Eurogamer web-site about the development of Wii MotionPlus accessory, which means that games that take advantage of the device are six to nine months away. This indicates that at least initially the MotionPlus add-on will hardly become popular among customers, who do not buy Wii Sports: Resort title, which is set to bundle the new device.