Codenamed PV-T95G-YALG, the low profile GeForce 9500 GT can be seen below and it features an actively-cooled G96 GPU, 512MB of GDDR2 memory, DirectX 10 support, a 128-bit memory interface, plus D-Sub and DVI connectivity. XFX's card has 32 Stream Processors clocked at 1400 MHz, a GPU set to 550 MHz, a memory frequency of 1600 MHz and can be found around Europe for as low as 56 Euro. 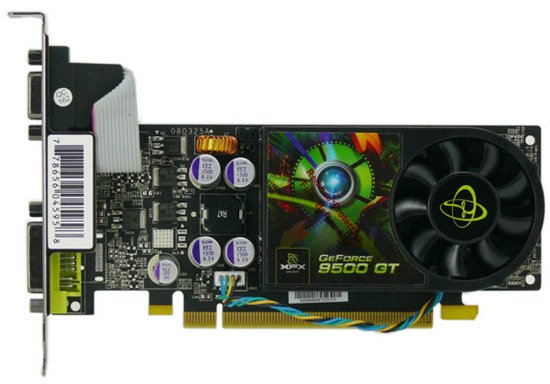