Gap between Firefox and Chrome closes

Posted on Friday, Aug 02 2013 @ 12:54 CEST by Thomas De Maesschalck
ARS Technica published some interesting browser marketshare statistics. The site not only takes a look at the traditional PC market, but also at the mobile market. One of the interesting observations is that the gap in marketshare between Firefox and Chrome has pretty much closed.

Firefox was down 0.86 points to 18.29 percent, with Chrome up 0.59 points at 17.76 percent, bringing the two browsers within spitting distance of each other. Internet Explorer gained too, up 0.46 points to 56.61 percent. The prospect of Chrome overtaking Firefox to take the number two spot is once again with us. The two browsers last looked as though they would trade positions a year ago, before Chrome lost ground and Firefox reasserted its dominance. 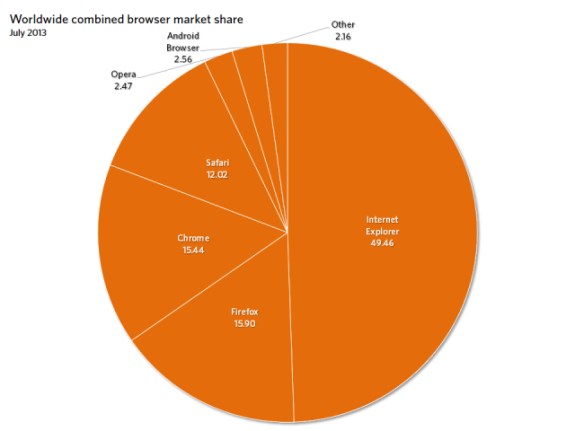