Unfortunately, the list doesn't include any new games, in fact AMD even chose to drop Bioshock Infinite and Crysis 3 from the lineup. 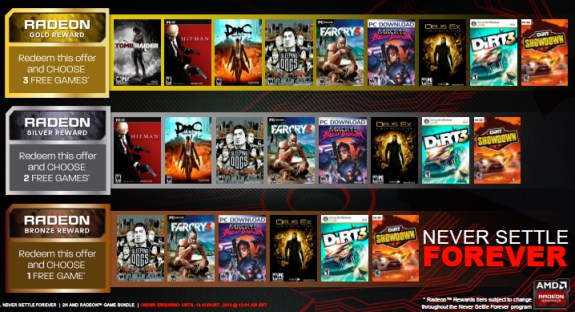