Leaked documents seen by VR Zone reveal that Intel's next-gen 9-series chips will be Broadwell oriented. Expected to arrive in the second half of 2014, this chipset will introduce several changes that will limit backwards compatibility. The site says it looks like only motherboards that support the Haswell refresh will be compatible with 9-series Broadwell chips due to power circuitry changes, so basically any motherboard currently on the market will not support Broadwell nor the upcoming Haswell Refresh.

While Haswell and the Broadwell-powered 9-series will share the LGA1150 socket, there will be a number of slight changes between the two. The most notable changes are in the V_PROC_IO connection, as it requires a 1.05V power source, VCCST, because of a new type of power supply required, and to THRMTRIP because of a slightly different chip topology. This presents a number of backwards compatibility issues, and means that only motherboards that support refreshed Haswell will be compatible with the 9-series Broadwell chips.

VR Zone says the rumors are unclear about the memory bus of this platform, some claim Intel will stick with DDR3 while others claim the chip giant will support DDR4. One thing we do know for certain is that the 9-series will support SATA Express. 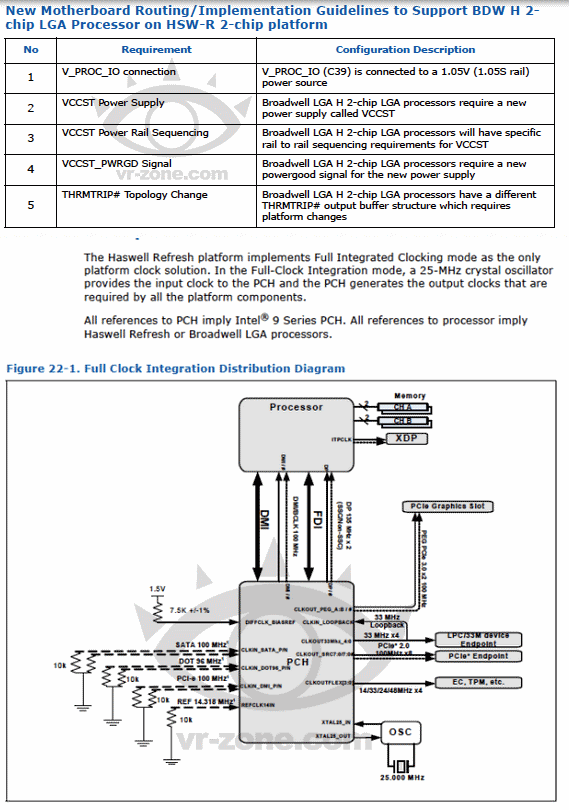