Posted on Friday, Aug 30 2013 @ 22:02 CEST by Thomas De Maesschalck
Cooler Master is showing off its HAF Stacker at PAX Prime 2013 in Seattle. Expected to hit the market in Q4 2013, the HAF Stacker is touted as world's first stackable “modtower”. This case system promises to deliver new levels of modularity and expandability, it consists of three different models that can be used independently. You get a little part and a big part, and you choose how you will configure them. The HAF Stacker 935 is the full tower variant, it consists of the 925 + 915 and will be sold for $169.99. Then you also have the 915F and 915R, these cases will be sold for $69.99 each.

Cooler Master, a leading creator, innovator and manufacturer of desktop components and more, today officially unveils to the world the first stackable “modtower” -- The HAF Stacker series. This evolutionary computer case is the first of its kind to provide new levels of modularity, expandability, and creativity for system builders around the world. The HAF Stacker series is currently on display for the very first time at the Cooler Master Booth#3446 at PAX Prime 2013 in Seattle, WA.

Series Convergence
Joining together two titans among Cooler Master case series, HAF Stacker takes the essence of the widely popular High Air Flow and Stacker series and elevates them to new heights as a single, cohesive line. The large drive storage and interior space of the Stacker series meets the Water and Air cooling design of the HAF series. The result is the first modular and expandable full tower with smaller companion cases that all stack together seamlessly.

Stack Up. Stack On.
HAF Stacker, built for the tinkerer, DIY builder, modder, newbie, multi-PC household, and you. The HAF Stacker is more than a collection of cases, it’s the freedom to configure a single PC or multiple PC setups in innumerable ways. Be it watercooled, air cooled, workstation, server, extreme gaming setup, or the first PC you have ever built; HAF Stacker has a setup to suit you.

Available in three distinct models, the HAF Stacker series features a full tower HAF 935 configuration consisting of the HAF 915R and HAF 925, M-ITX HAF 915R, and M-ITX HAF 915F. Each base configuration offers unique features and benefits that allow them to be standalone cases that stand out on their own merit while being stackable with other models in the series for expanded functionality. This is all made possible by a CM patent pending rail system that was inspired by a military picatinny rail to enable the attachment and removal of each stackable piece in 2 easy and secure steps.

Availability
The full series will be launching globally and on sale Q4 of this year. Price and availability may vary based on region. 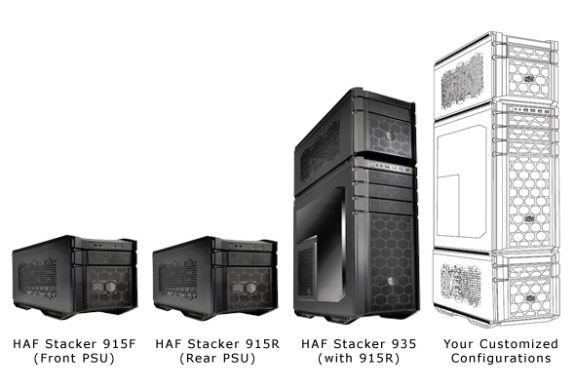 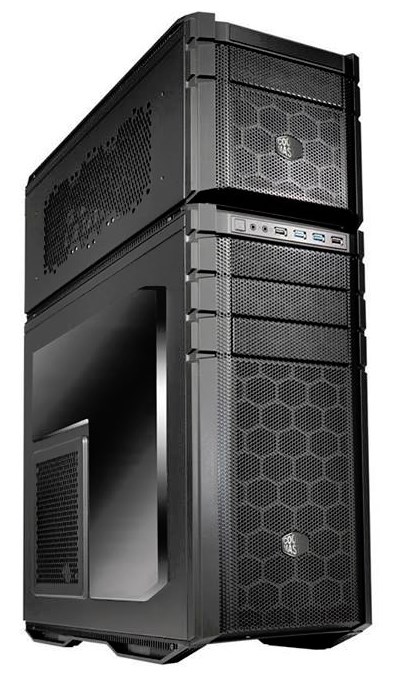 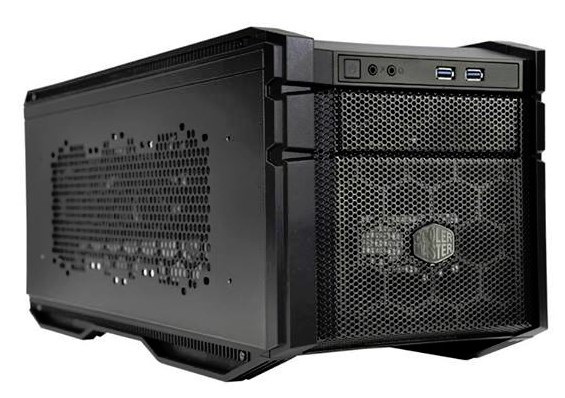