Posted on Friday, Apr 04 2014 @ 15:38 CEST by Thomas De Maesschalck
Intel CEO Brian Krzanich showed of SoFIA, an upcoming entry-level oriented Atom SoC. What makes this chip unique is that it's world's first SoC to feature an integrated cellular modem! The first versions will arrive later this year, these will use 3G but LTE versions are anticipated to follow in 2015.

Yes, it does sound like a mixture of haswell and baytrail and no, it probably doesn't help that it basically sounds like Haswell, but it will be available for Windows, Android, ChromeOS and Linux, making it a very versatile chip that is essentially OS agnostic. But there was zero mention of exactly when we could expect to see Braswell. Perhaps next year when we start seeing most of the Broadwell chips. 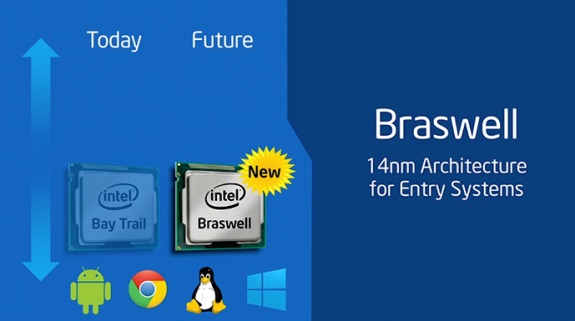 Source: Bright Side of News