Two weeks ago at the Intel Developer Forum in San Francisco, the chip giant shared its vision for the storage market. Intel revealed the first U.2 SSDs with a capacity of 10TB or more should hit the market in 2017 and noted the capacity is expected to increase to over 100TB in 2019. Bear in mind that the chip giant is talking about enterprise-class storage here, SSDs with such high storage capacity aren't expected to become commonplace in the retail market anytime soon.

Intel expects demand for large-capacity SSDs will be driven by datacenters:

In order to drive demand for such huge drives, Intel is expecting datacentres and the enterprise segment to adopt more and more flash storage. Right now, SSDs are generally only used to cache “hot” data, with the majority of storage still being hard drives. As workloads change, Intel is expecting SSDs to be used more and more as speed and latency become more important and replace hard drives for data storage. Another aspect is that as NVMe gains traction, the reduced overhead and better speeds/latency will further exaggerate the differences between SSDs and HDDs. 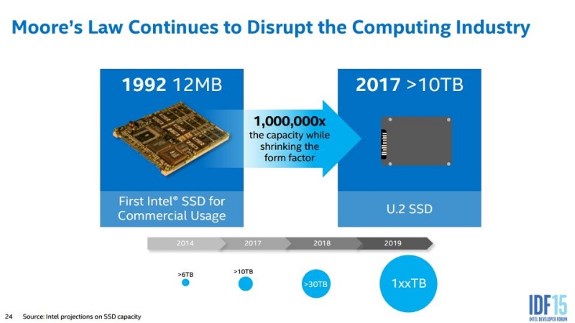 The following slide also highlights Intel's vision of 3D XPoint and faster 3D NAND SSDs to both replace some what DRAM does while also replacing HDDs. 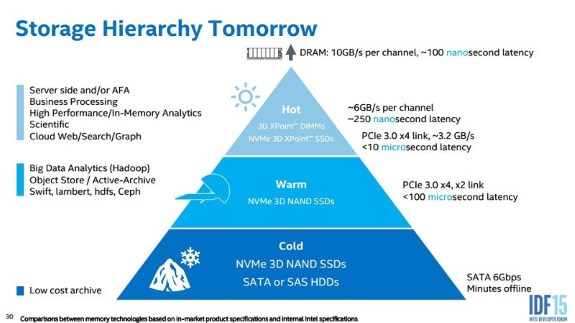