The flagship model is the Xeon Platinum 8100 series, it features models with up to 28 cores, 56 threads, 38.5MB L3 cache, and support for up to 8 sockets. The full specifications of the new Xeon lineup can be found at Intel. They're named Xeon Scalable due to the adoption of the new Intel Mesh Architecture, which promises lower latency and higher scalability than the ringbus of the previous Xeon generations.

Perhaps one of the other interesting things about this launch is that Intel's marketing department is feeling the need to attack AMD really hard. TechPowerUp reposted some of the Intel Xeon Scalable marketing slides and they contain things we've not seen in quite a while. For example, Intel calls AMD's EPYC server platform a "repurposed desktop product for server". Next they claim it consists of four "glued-together" desktop dies, slam AMD's poor track record and point out the lack of an ecosystem. Is Intel feeling worried? It sure seems so. 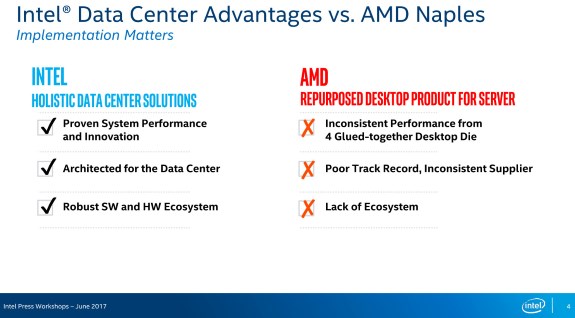 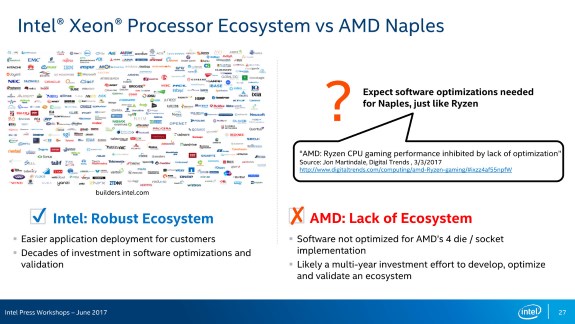 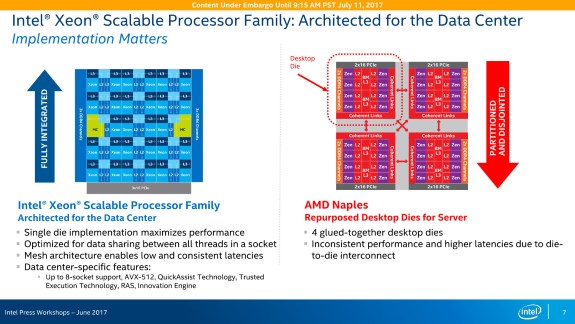