A lot of talk right now on the Internet about the Radeon Packs that were revealed at AMD's Capsaicin event. These packs costs $100 more than the regular cards and include two free games plus some hardware coupons. One thing that wasn't 100% clear is that the content of these packs varies depending on where you live. That's very usual with these sort of bundles but this time there's a pretty big difference between the North American and some of the rest of world (including the European) bundles.

Rest of World
In almost all other participating countries, you get the same bundle minus the FreeSync display promotion. 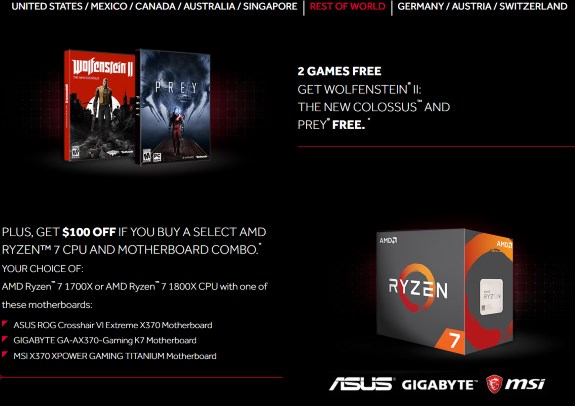 Germany, Austria, Switzerland
In these three countries, the Radeon Packs do not include Wolfenstein II: The New Colossus but Sniper Elite 4. So you get the same bundle as "rest of world" but with Sniper Elite 4 and Prey as free games.

Additional conditions or limitations may apply, the exact bundle details aren't available yet.