Posted on Friday, Nov 17 2017 @ 11:40 CET by Thomas De Maesschalck
A new study carried out by researchers at the University of York found that there's a link between a player's skill in MOBA games like League of Legends and his or her overall intelligence level. This study discovered that top MOBA players also achieve top scores in standard paper-and-pencil intelligence tests.

Additionally, a second study found that for large groups, performance in MOBAs and IQ tests behave in similar ways as players get older. This is because games like League of Legends and Defence of the Ancients 2 (Dota 2) are intellectually demanding, so older players generally do a bit better in these games than young teens.

First person shooters were also investigated, but this game genre did not show a correlation between skill and intelligence. While MOBAs rely on memory and strategic decision making, FPSs are all about speed and target accuracy. On a population level, the performance of people in FPS games drops after their teens. 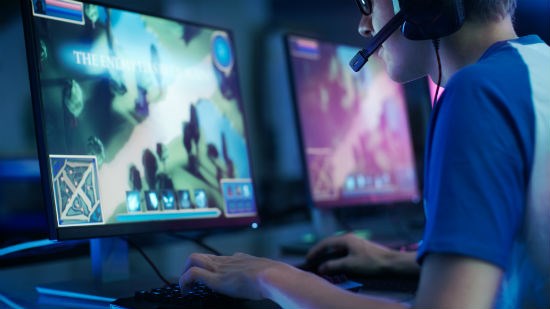 Researchers at the University of York have discovered a link between young people’s ability to perform well at two popular video games and high levels of intelligence.

The York researchers stress the studies have no bearing on questions such as whether playing computer games makes young people smarter or otherwise. They simply establish a correlation between skill at certain online games of strategy and intelligence.

Popular
The team from York’s Departments of Psychology and Computer Science carried out two studies. The first examined a group of subjects who were highly experienced in the MOBA League of Legends – one of the most popular strategic video games in the world with millions of players each day.

In this study, the researchers observed a correlation between performance in the strategic game League of Legends and performance in standard paper-and-pencil intelligence tests.

The second study analysed big datasets from four games: Two MOBAs (League of Legends and Defence of the Ancients 2 (Dota 2) and two ‘First Person Shooters’ (Destiny and Battlefield 3). First Person Shooters (FPSs) are games involving shooting enemies and other targets, with the player viewing the action as though through the eyes of the character they are controlling.

In this second study, they found that for large groups consisting of thousands of players, performance in MOBAs and IQ behave in similar ways as players get older. But this effect was not found for First Person Shooters, where performance declined after the teens.

Corresponding author Professor Alex Wade of the University of York’s Department of Psychology and Digital Creativity Labs said: “Games such as League of Legends and DOTA 2 are complex, socially-interactive and intellectually demanding. Our research would suggest that your performance in these games can be a measure of intelligence.

“Research in the past has pointed to the fact that people who are good at strategy games such as chess tend to score highly at IQ tests. Our research has extended this to games that millions of people across the planet play every day.”

Data source
The discovery of this correlation between skill and intelligence opens up a huge new data source. For example, as ‘proxy’ tests of IQ, games could be useful at a global population level in fields such as ‘cognitive epidemiology’ – research that examines the associations between intelligence and health across time - and as a way of monitoring cognitive health across populations.

Athanasios Kokkinakis, a PhD student with the EPSRC Centre for Intelligent Games and Game Intelligence (IGGI) research programme at York, is the lead author on the study.

He said: “Unlike First Person Shooter (FPS) games where speed and target accuracy are a priority, Multiplayer Online Battle Arenas rely more on memory and the ability to make strategic decisions taking into account multiple factors.

“It is perhaps for these reasons that we found a strong correlation between skill and intelligence in MOBAs.”

Cutting-edge
Co-author Professor Peter Cowling, Director of DC Labs and the IGGI programme at York, said: “This cutting-edge research has the potential for substantial impact on the future of the games and creative industries – and on games as a tool for research in health and psychology.

“The IGGI programme has 48 excellent PhD students working with industry and across disciplines – there is plenty more to come!”

The studies were funded by the Engineering and Physical Sciences Research Council (EPSRC).