Posted on Tuesday, Feb 20 2018 @ 21:03 CET by Thomas De Maesschalck
Kingston's HyperX unit claims it's the world leader in eSports as it has now shipped over 4 million gaming headsets. The company also reveals that its HyperX Cloud II, its most popular model, has seen sales of over 1.3 million units.

HyperX®, the gaming division of Kingston® Technology Company, Inc., today announced it has shipped more than 4 million units of its award-winning gaming headsets. HyperX began shipping gaming headsets in April 2014, reaching 1 million units in less than two years. HyperX gaming headset popularity extends from first-time gamers to professional gamers on tournament stages around the world. HyperX headsets are now available in 15,000 stores, in over 100 countries and across 6 continents.

HyperX offers a full line of comfortable and award-winning gaming headsets including the popular HyperX Cloud II, recognized as the best headset under $100, with over 1.3 million units sold. The HyperX Cloud Stinger, recognized as the best gaming headset under $50, also won the prestigious 2017 iF design award. The HyperX Cloud Revolver was awarded “Headset of the Year” in 2017 by PC Gamer, and IGN.com dubbed HyperX Cloud Alpha “Amazing” for its dual-chamber technology. The company’s first wireless headset, the HyperX Cloud Flight, took home a highly coveted Editor’s Choice award from Reviewed.com at CES and has been well reviewed online since its launch.

“HyperX is committed to designing products that offer gamers unparalleled performance,” said Marcus Hermann, senior business manager, HyperX. “The result is a headset line that satisfies the demanding specifications of the gaming community that we love. We’ll keep striving to earn that respect as we push our designs further.” 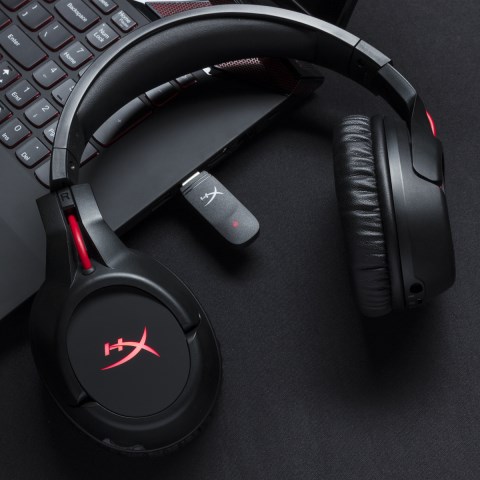