Probably the funniest thing about this news is the way Biostar is marketing these rigs. AnandTech spotted the ads and notes Biostar is hoping to flog these systems to millenials who want to make an extra buck.

Biostar has this week released new iMiner systems specifically designed for crypto coin mining. The systems are stuffed with AMD RX 500-series video cards in a "space black" server-like chassis. Biostar positions the iMiner Multi-GPU Mining rigs as "fashionable and easy" along with dapper-looking young gentlemen in the promotional materials who look like they cashed in on the bitcoin bubble already. 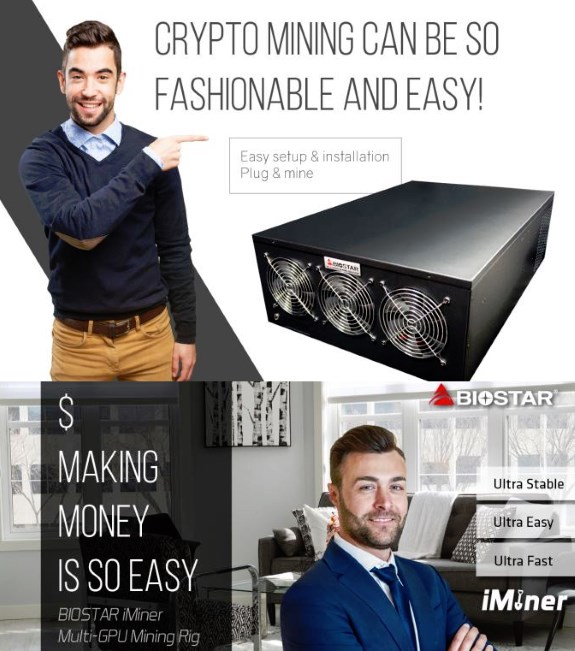