Posted on Thursday, September 06 2018 @ 12:33 CEST by Thomas De Maesschalck
Virtual reality has been heralded several times now as the future of gaming, but so far the technology hasn't been able to achieve critical mass. Despite a big push over the last couple of years, VR is still a niche market and it looks like this isn't changing anytime soon. In fact, IDC reports sales of VR headsets collapsed 33.7 percent year-over-year in Q2 2018. Sales of tethered VR headsets like the ones from Oculus and Sony fell 37.3 percent, in large part because the momentum established during a period of price reductions didn't thunder on.

Despite the collapse in sales, IDC is still optimistic about the VR market.

Worldwide shipments of virtual reality (VR) headsets were down 33.7% year over year in the second quarter of 2018 (2Q18), according to the International Data Corporation (IDC) Worldwide Quarterly Augmented and Virtual Reality Headset Tracker. IDC expects this to be a temporary setback as the VR market finds its legs. The arrival of new products, such as the Oculus Go and HTC Vive Pro, and new brands, combined with the need for greater headset fidelity all point to a positive outlook for the quarters ahead.

Screenless viewers brought a lot of attention to VR in the early days as the entire market was artificially propped up by brands like Samsung, Alcatel, and Google that bundled the headsets with smartphones. However, since then, the screenless viewer category has declined substantially, shrinking from 1 million headsets in 2Q17 to 409,000 in 2Q18. This category was the largest contributor to the decline in shipments for the overall VR headset market.

Tethered VR headsets declined 37.3% in 2Q18 largely because major brands like Oculus and Sony were unable to maintain the momentum established during a period of price reductions in 2Q17. As a result, the two brands managed to ship 102,000 and 93,000 headsets respectively in 2Q18. The category leader, HTC, shipped close to 111,000 headsets (excluding the standalone Vive Focus) thanks to the growing popularity of the Viveport subscription service as well as the launch of the Pro headset.

Standalone VR headsets grew 417.7% during the quarter, largely due to the global availability of the Oculus Go/Xiaomi Mi VR, which managed to ship 212,000 headsets.

While the consumer side of the VR headset market remains the focus of attention, the commercial side has seen pilots and large- scale deployments gaining traction. In 2Q18, roughly 20% of VR headsets were destined for the commercial sector, up from 14% in 2Q17. Along with the increase in share, average selling prices (ASPs) have also increased from $333 to $442 during the same period.

"One of the major issues with the VR market is that consumers still find it difficult to try a VR headset," said Jitesh Ubrani senior research analyst for IDC Mobile Device Trackers. "This is where the commercial market has an opportunity to shine. HTC's recent partnership with Dave & Busters or Oculus' work with schools around the world stand to play an important role in educating and enticing consumers to use VR."

"In a market where mainstream VR content is still lacking, a growing number of vendors are looking to commercial as a way to build their business while they wait for the consumers to catch up," said Tom Mainelli, program vice president, Devices and Augmented and Virtual Reality at IDC. "These vendors are moving beyond entertainment-focused B2C deployments to real-world training scenarios in companies of all sizes, all over the world. IDC expects commercial buyers to represent an increasingly important percentage of the market going forward.” 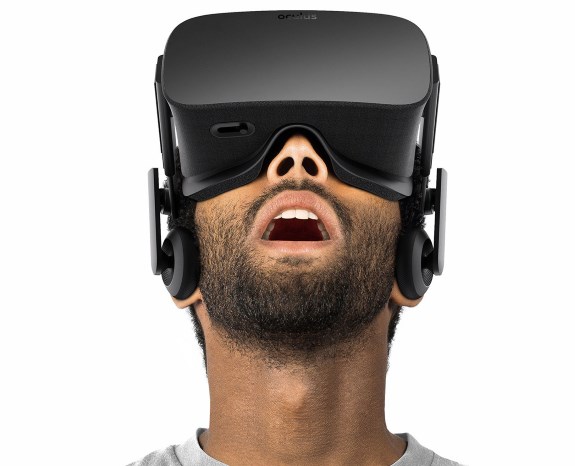