Posted on Thursday, Jan 28 2021 @ 11:00 CET by Thomas De Maesschalck
There are a ton of companies in the PC hardware market but not a lot of the enthusiast brands are public. Last year, Corsair went public and it seems another company may follow soon. Swedish firm Fractal Gaming Group AB, known for its Fractal Design brand, announced it's intention to go public on Nasdaq First North Premier Growth Market.

Via the statement below, Fractal Gaming Group AB says the public offering will help the firm to support its continued growth and development by gaining access to Swedish and international capital markets. Last year, the firm booked 636 million SEK ($75.91 million) in revenue with an adjusted EBITDA of 139 million SEK ($16.59 million). Fractal Gaming Group expects over 10 percent organic growth in net sales from 2022 and onwards and intends to pay 30 to 50 percent of its net earnings in the form of a dividend.

Fractal Gaming Group AB (publ) (“Fractal” or the “Company”), a leading1 brand within the premium PC gaming products segment, today announces its intention to list its shares (the "IPO" or the ”Offering”) on Nasdaq First North Premier Growth Market (“First North Premier”). The Offering is expected to consist entirely of existing shares in the Company offered by the Selling Shareholders (as defined below).

The Offering will broaden the Company’s shareholder base and give Fractal access to the Swedish and international capital markets, which is considered to support the Company’s continued growth and development. The board of directors and Fractal’s executive management, together with the Selling Shareholders (as defined below), believe that a listing of the Company’s shares is a logical and important step in Fractal’s development, which further will increase the awareness of Fractal and its operations among current and potential end customers, distribution partners and suppliers. For the aforementioned reasons, the board of directors has applied for a listing on First North Premier.

Hannes Wallin, CEO and founder of Fractal, comments:
“Fractal has, since we founded the Company in 2010, established a leading market position globally and a well-established brand within the premium PC gaming products segment. We continue to see great opportunities for development for Fractal over the coming years based on the solid growth in the underlying market within performance gaming and esports as well as through the growth initiatives we carry out. I am pleased to be able to offer new shareholders the opportunity to join our continued journey.”

Magnus Yngen, Chairman of the board of directors of Fractal, comments:
”Since the start Fractal has demonstrated profitability every year and high sales growth by offering high quality products and by expanding geographically. A listing of Fractal’s shares is a logical and important step in the Company’s development and we look forward to developing Fractal’s product offering, operations and brand with the goal of continuing to deliver profitable growth in a listed environment.”

Gustav Thott, Partner at Litorina Capital Advisors AB, comments:
“Fractal has over the last couple of years had an amazing development with strong sales growth and improved margins. The Company has established a leading global position within an attractive niche within the premium segment of PC gaming products and has a large and growing customer base of dedicated gamers. Since 2016, when Litorina became principal shareholder, Fractal has taken big steps in terms of product development, always focusing on quality, performance and design, and has expanded its product offering significantly. Furthermore, we have developed our distribution and marketing model, expanded to new markets and, not least, strengthened the organisation with experienced and competent key persons. The listing of Fractal’s shares on Nasdaq First North Premier will support the Company’s continued growth and development by broadening the shareholder base, giving access to capital markets and increasing brand recognition.”

The Offering in brief
The Offering is expected to consist entirely of existing shares in the Company which are offered by the principal shareholder Litorina IV L.P. (”Litorina”) and a lesser amount of shares offered by a few other shareholders (together with Litorina the “Selling Shareholders”).

The shares in the Offering will be offered to institutional investors in Sweden and internationally, as well as to the general public in Sweden.

About Fractal
Fractal is a leading2 brand within the premium PC gaming products segment. The group was founded in 2010 and today Fractal’s products are sold in more than 50 markets globally.

Fractal is a market leader within PC cases on several geographical markets, for example in the Nordics and Japan, and has a top three position globally.3 The Company also has a strong market position within power supply units and cooling products for gaming PCs. Fractal has been growing organically and profitably from day one through successfully combining design, performance and quality, as sought for by consumers. This has resulted in an expanded product offering as well as a strong geographical presence. The Company is headquartered in Gothenburg (Sweden) and has offices in Dallas (United States), Dongguan (China) and Taipei (Taiwan). 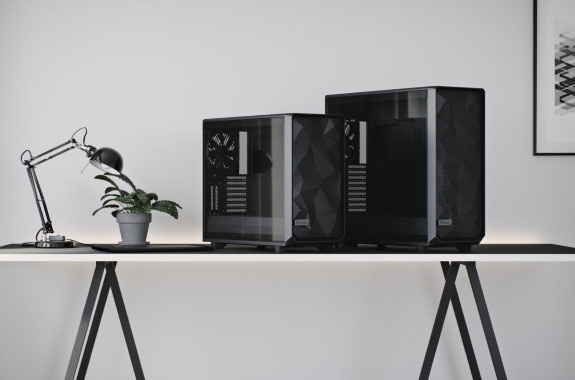