Posted on Thursday, Mar 23 2017 @ 13:35 CET by Thomas De Maesschalck
The launch date of the AMD Ryzen 5 series is April 11 but it seems some shops are already selling the processors three weeks early! VideoCardz reports several Reddit users say they've received Ryzen 5 CPUs and there are photos to back up the claims. This was not supposed to happen and it appears some distributors are to blame for not enforcing embargoes:

When it comes actual sales, it’s not necessarily a mistake of the shops. Distributors are to enforce embargoes on the shops, if they forget to do so, sellers have no reason not to sell products earlier. This doesn’t happen very often, especially that soon.

The lucky few who get their hands on Ryzen 5 can already start benchmarking. They have enough time to provide extensive test results, so in the end, customers will have better knowledge what they are going to buy.

So if you want a Ryzen 5, it may be worth it to make a couple of calls as it seems the retail channel already has supply. Either way, this means the first reviews will arrive sooner than expected. 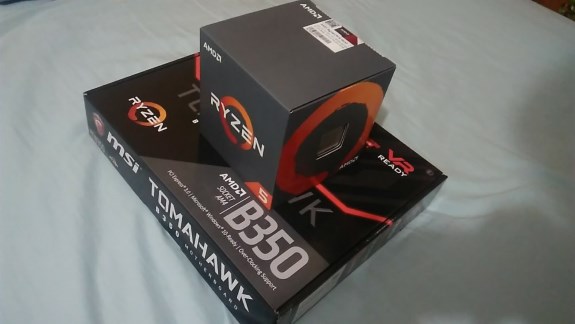