On top you can see the HTC logo and next to it is the earpiece and the LED indicators. The left LED indicators (blue/green) inform you of Bluetooth and WiFi connectivity status, while the right LED indicators (green/red/orange) notify you of the battery and network status of your phone. 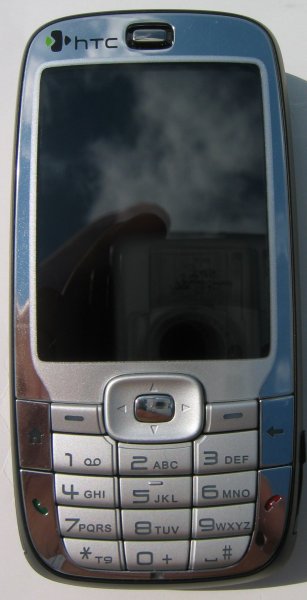 The front of the phone has a big 2.4" LCD display and a keypad with some extra navigational buttons. There's a navigational control center that can be used to move left, right, up or down and there's also a button in the middle. It takes some time to get used to the navigational controls but personally I still prefer the little joystick which is used by my old Sony Ericsson T610 phones and some other phones from HTC like the HTC MTeoR.

On the left and right side of the navigational controls are two soft keys. These keys perform the command shown in the label above the buttons on the LCD display. On the left side you can also find a "Home" button and the "Talk" button. On the right side is a "Back" button and an "End" button.

The bottom of the front also features a light sensor, during dark light conditions this sensor will activate a backlight under the keypad and keyboard. 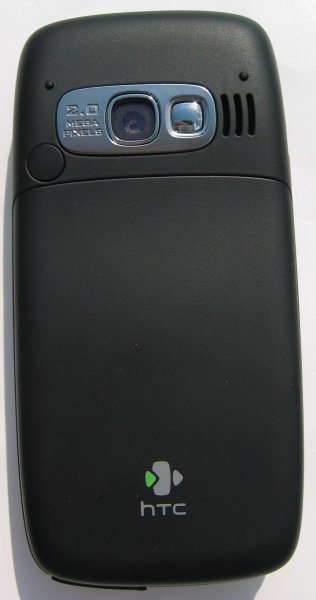 The back of the S710 feels pretty soft. It features a small HTC logo and some other things like the digital camera lens, a car antenna connector (which is covered by a rubber grommet), a small mirror so you can make self-portraits and a speaker to listen to music or phone calls (when the phone is in speakerphone mode).

Unfortunately, the digital camera lens isn't protected by a cover and the camera also lacks a flash.

This is a picture of the bottom of the phone. From left to right: a strap holder, the microphone and the HTC ExtUSB port. The ExtUSB port is protected by a rubber cover and is multi-functional. It's used to charge the phone, synchronize data with your PC and it's also used by the included headset.

Unfortunately it's not possible to plug headphones with a 3.5mm stereojack in the HTC S710, unless you buy a mini-USB to 3.5mm converter. 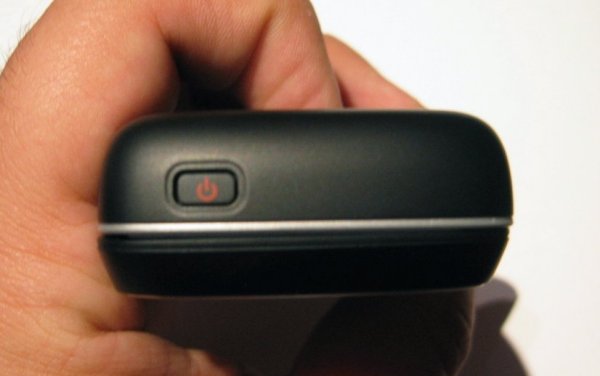 The top of the phone features a red power button. When the phone is on you can also use this button to access the quick list.

The right side of the phone features the microSD memory slot and the camera button.

The location where you need to insert your SIM card is really weird. On most phones it's under the battery but on the HTC S710 you'll find a SIM card door located on the back of the LCD display. 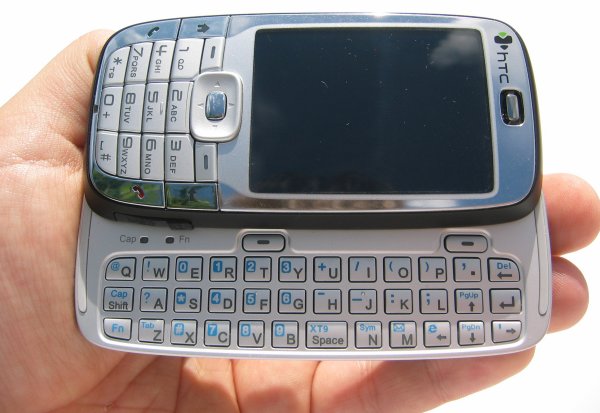 A hidden gem of the HTC S710 is it's slide-out QWERTY keyboard, when you take a look at the front of the phone you wouldn't expect to find something like this hidden in the S710. 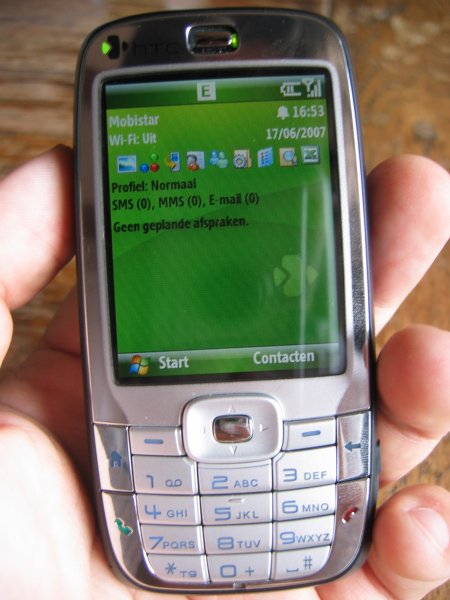 You can use the phone like this in portrait mode. 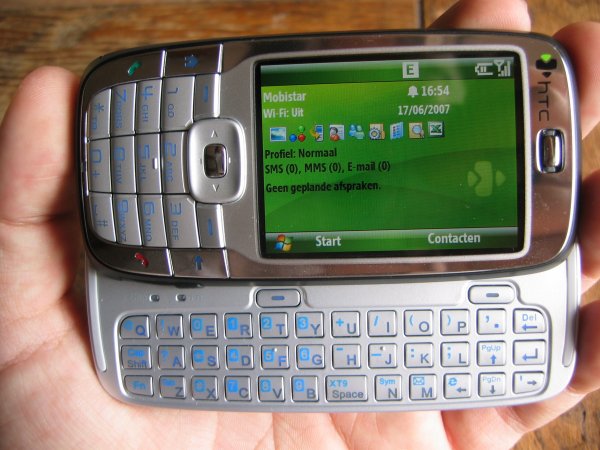 Or you can use it in landscape mode by sliding out the QWERTY keyboard. Unfortunately, the switch from portrait to landscape mode isn't instant, the phone needs a second or two to adjust the display mode. Normally the phone plays a short sound when you slide out the keyboard but this can be turned off, doing this will speed up your phone a bit. The QWERTY keyboard is a nice feature when you're typing large text messages, e-mails or surfing the internet. 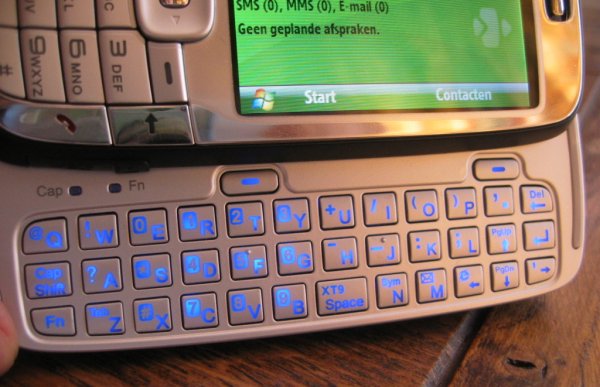 Just like the keypad the QWERTY keyboard features a blue backlight. Most keys also have a second function which can be activated by pressing the Fn button first. There's also a Caps lock/shift button and two orange status LEDs for the Cap and Fn modes.

The keys of the QWERTY keyboard are pretty small and therefore it's not always faster than using the keypad to type something. When I'm using this keyboard it mostly takes some time to find the position of the key I want to press, but this may change when you get used to the keyboard.