Up on the test bench today is the Fractal Design Define XL, which is basically a larger version of the company's Define R3 case. A relative newcomer in the computer enthusiast hardware market, Fractal Design was founded in 2007 and focuses primarily on computer cases, case fans, and power supplies. As the company's name implies, Fractal Design's mission statement confirms that they're focused on providing products with an extraordinary design level, without compromising factors of quality, functionality and pricing. All of Fractal Design's products are designed and engineered in Sweden and the firm's cases quickly made a name for themselves.

The Define XL is a full-tower case that focuses on silence, it ships in two colors: Titanium Grey and Black Pearl. The model in this review is the Titanium Grey variant, it's a neat, stylish color that distinguishes the case's front from all the black cases out there today. A large case requires a large cardboard box, it's nicely decorated but when I picked up the box for the first time I already noticed that the case isn't only very large but also quite heavy. A quick glance at the technical specifications reveals it has a net weight of 17.95kg, it hints that Fractal Design didn't skimp on materials but if you like to frequent LAN parties the high weight will make transport quite tiresome. 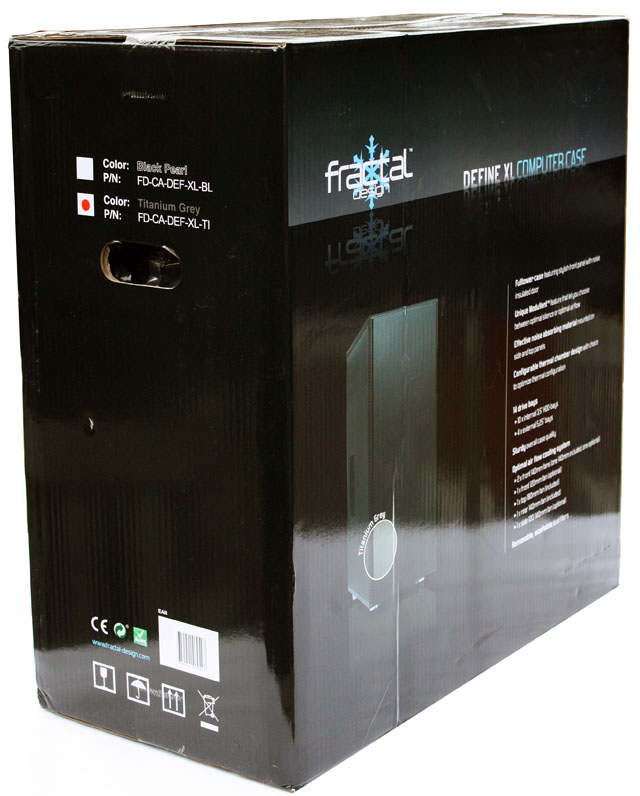 Exterior
Here's the first shot after unpacking the case. The Define XL has a neat and clean design, quite Spartan but very stylish. The front panel is made from plastic, with a brushed aluminum like finish. 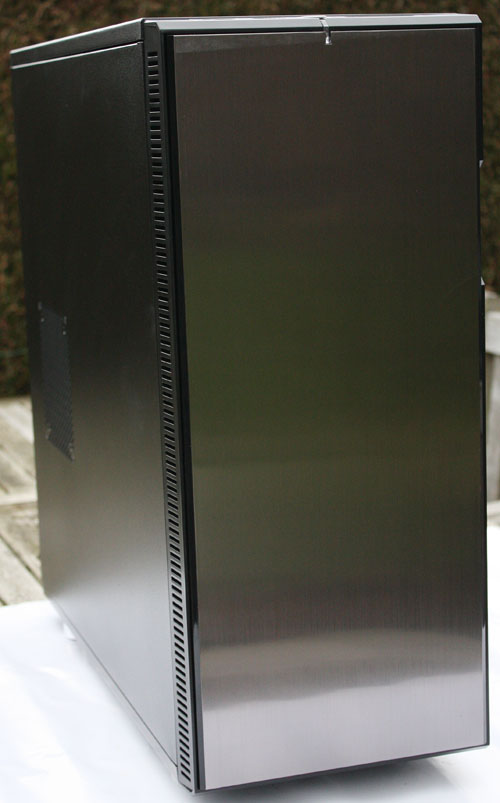 Before we move on to testing, here's an overview of the case's features and specifications.

Specifications
Here's a closeup of the Define XL's front door, it hides the bay covers and gives the case a very uniform look. The door has a magnetic latch, it opens to the left, and unlike some other cases with doors, this model does not allow you to change the door's opening direction.

Left and right of the door are plastic vents to let the fans suck in cool air when the door is closed. 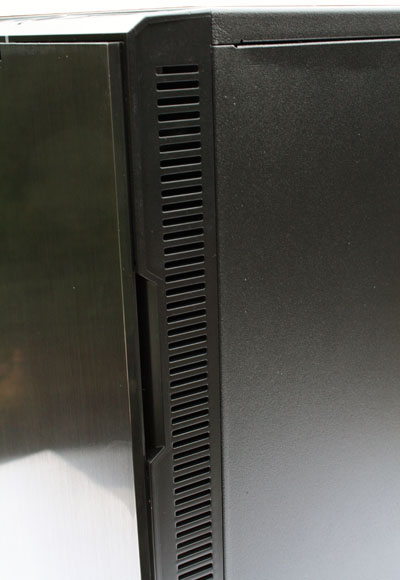