Behind the door are four 5.25" drive bays and a cover that hides the front fans. 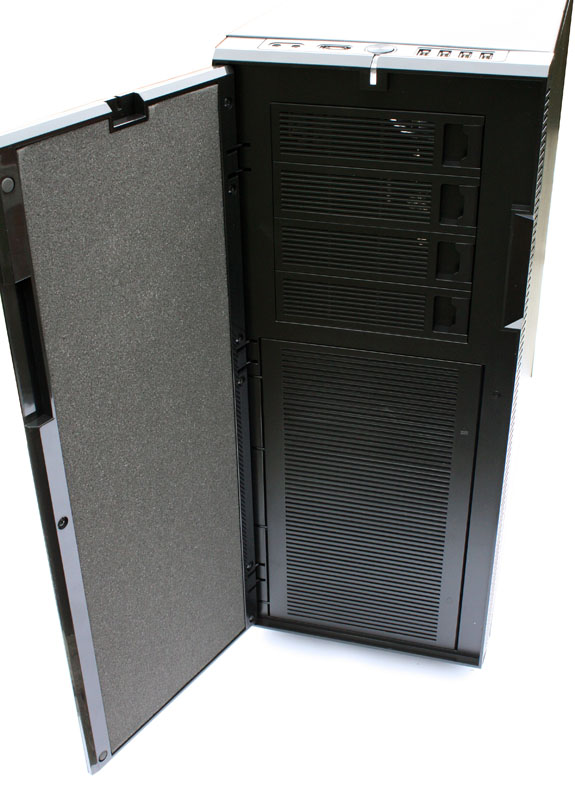 The front door is fitted with noise-absorbing material to reduce noise from fans and hard drives. This material is used throughout the case, it's a bitumen-based material with a soft foam texture. 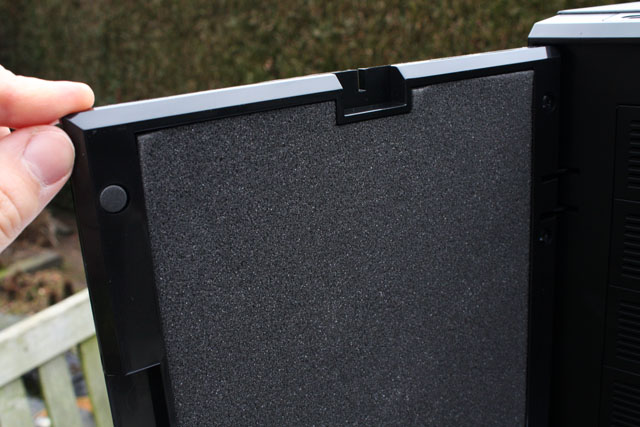 The four 5.25" drive bay covers have an air vent like design. They are very easily removed, just pull the tab on the right and they just slide out. Reinstalling them is just as easy. 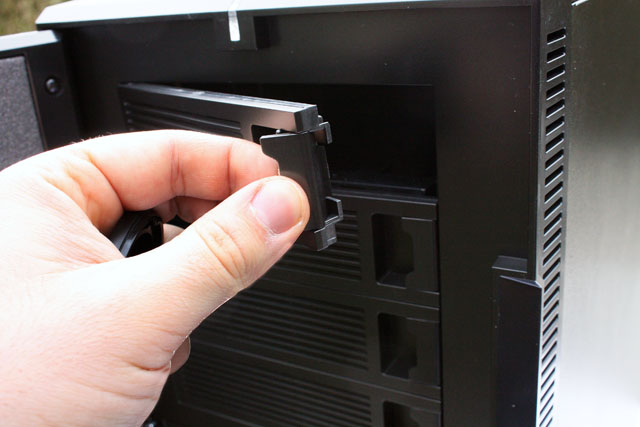 The fan vent is a hinged door with a push-to-open mechanism. If you look hard enough you may also find the tiny reset button to the right of the fan door. 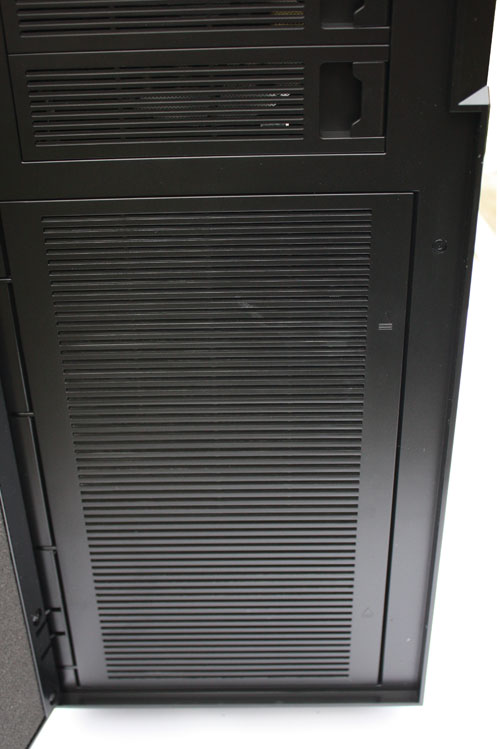 Behind the door is the dust filter panel for the two 140mm intake fans, but only one of the two fans is included with the case. By pressing two latches, you can pull out the entire panel to install or replace a fan. Interestingly, you need to push to the left, and not to the right as suggested by the arrow on the panel. 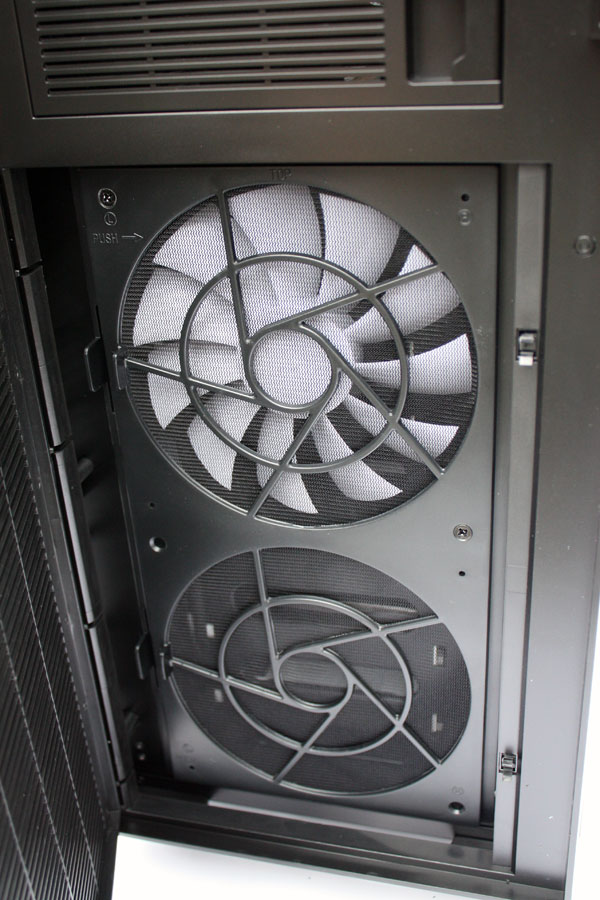 Next is a shot of the front with the door removed, providing a look at the case's all-black steel body. The picture also reveals that there's a dust filter installed in the lower three 5.25" drive bays. You can install an optional 120mm fan in this location, if you have no desire to install devices in these three bays. 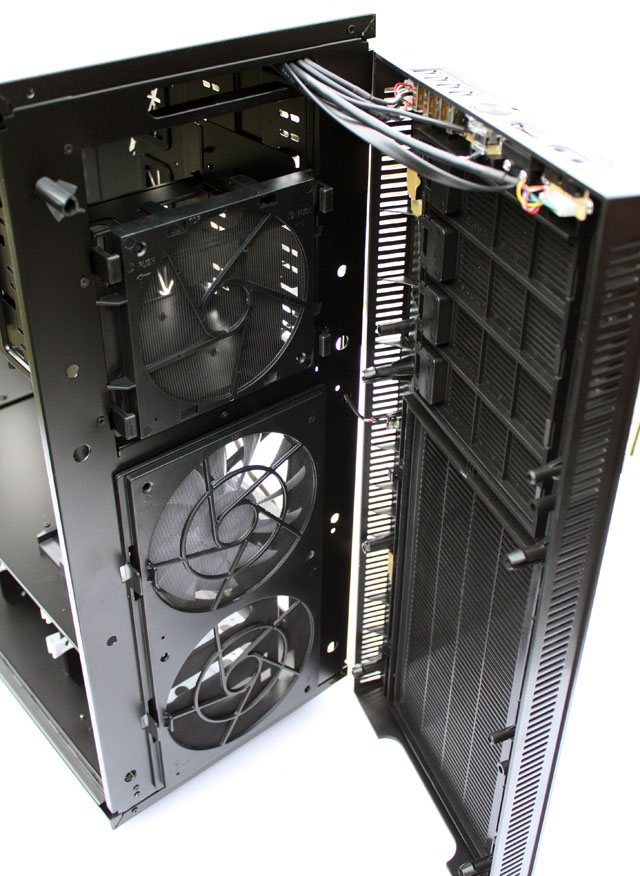 The front is removed by pulling the entire panel off. It's not as solid as I hoped as one of the plastic rivets broke off the first time I removed the front. A couple of days later I removed the front again to double-check something for the review and a second rivet broke off! With two upper rivets broken off I could no longer properly attach the front to the case, resulting in a small gap between the front and the case's body. I fixed the issue with an adhesive (Tec7), but rest assured that this is not what I expect from such an expensive case. 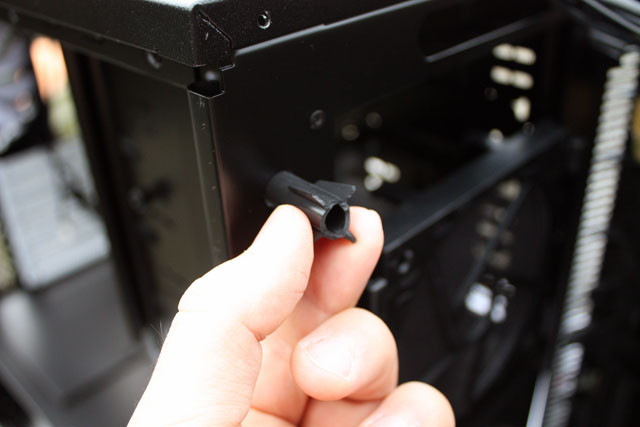 The front fan caddy removed. The mechanism for removing it didn't feel very solid, while removing it I feared the tabs would break off if I used too much force. 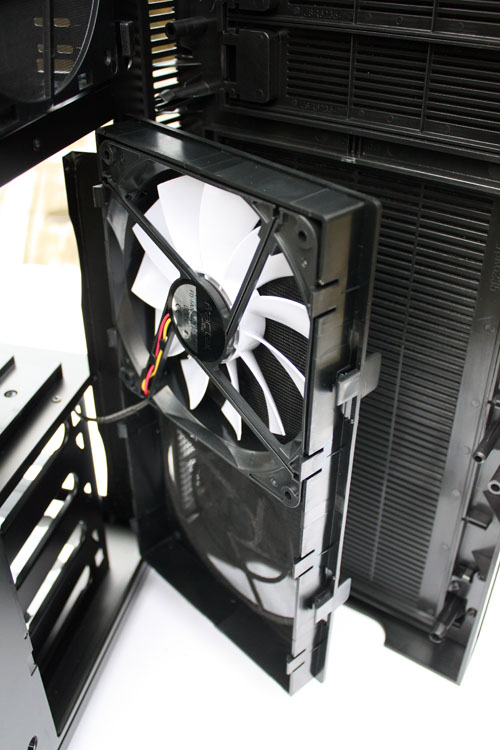 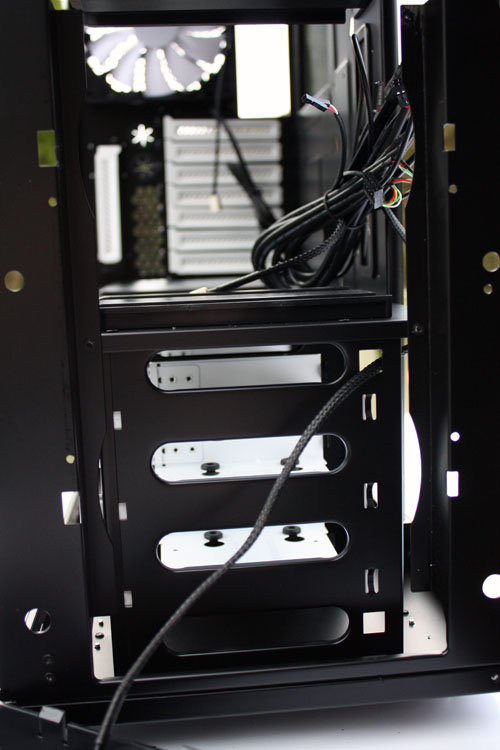 The included 140mm fan is made by Fractal Design, it has a black frame and white fan blades. 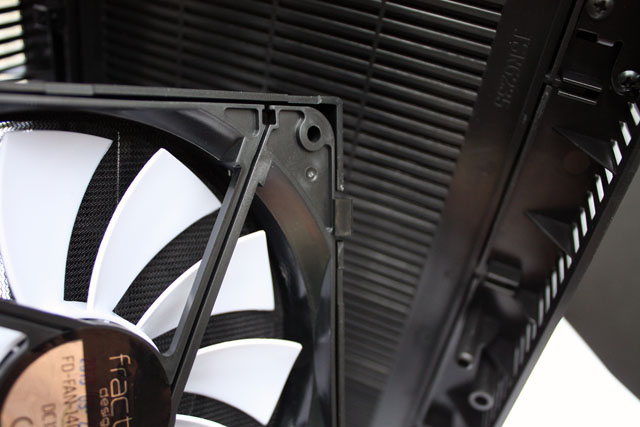 On top of the case's front is the Define XL's I/O panel. From left to right we have the audio ports, an eSATA port, power button, and four USB 2.0 ports (USB 3.0 is also available). Below the power button is a blue power LED. Fractal Design decided not to include the reset button in the front I/O panel, instead it's hidden behind the front door. 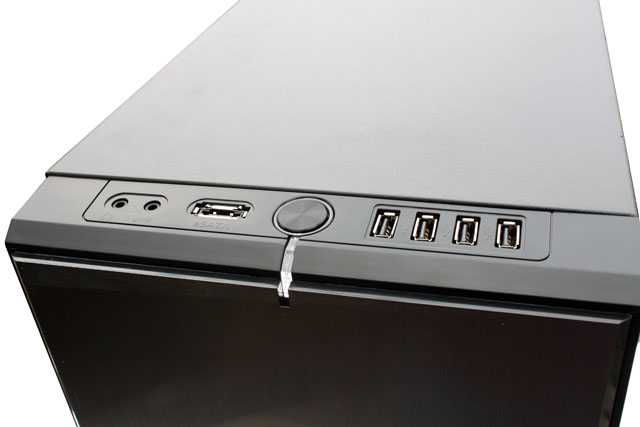