All about Microsoft Origami 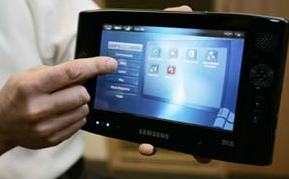 Microsoft has suddenly taken the center stage of technology world with its new product called Origami. Every major media of the world seems to be running after Origami now. All the news websites contain more than one article about Origami. It seems that Origami is the next big thing in the technology world is going to dominate the market in the next few months or may be years. Intel is with Microsoft in making Origami. Origami is expected to address a new market for portable computers. It is neither a laptop nor a smart mobile phone or PDA but has can do many works for a user. In terms of size it is in the middle between a PDA and a notebook PC..

Read on over at Laptop Gamers.