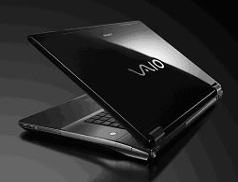 The panoramic sweep of the AR-Series’ 17-inch WideUltraXGA2 screen doesn’t just deliver a huge and comfortable Windows Desktop. It also means you can watch Full HD resolution video, all the way up to the maximum possible HD resolution of 1080. This is possible because of the screen’s exceptionally high native resolution of 1920 x 1200. For complete versatility, the AR-Series’ HDMI (High Definition Multimedia Interface) output allows you to connect to an external display like an HD-ready TV or Full HD desktop display. With HDMI, you get true HD whatever option you choose.

Next-generation X-black LCD screen enhancements including dual-lamp technology3 and multi-layer anti-reflection surface treatments deliver contrast and brightness second to none. X-black also produces exceptionally vibrant and lifelike colour, but the AR-Series4 goes even further with a precision-tuned combination of backlight spectrum and filtering layers that creates unprecedented colour fidelity. When you see it on the AR-Series, whether it’s a photograph, home video or an HD Hollywood blockbuster, it will look the way it should.

The AR-Series has its own special look thanks to an advanced finish which is as durable as it is distinctive. Even the palm rest has been specially textured to prevent distracting reflections while you are watching a movie or TV. Behind the stunning visuals and beneath the head-turning physical Sony design there is real power. In fact the new generation of Intel Core Duo processors up to and including the 2GHz T2500 ensures that the AR-Series is a match for many desktops. And when it comes to graphics, the latest NVIDIA GeForce Go subsystems provide the power for super-smooth HD playback and the heavyweight 3D punch serious gamers demand. Perfectionists can opt for models fitted with the exceptionally potent GeForce Go 7600 graphics processor complete with a full 256MB of dedicated video memory for optimum performance. The impressive specifications are rounded off by massive hard disc capacity of up to 200GB.

The AR-Series can shift effortlessly between roles as diverse as portable home theatre and games platform to video phone and mobile TV. The integrated Sony MOTION EYE videocam and microphone provide the communications hardware, while a powerful hybrid TV tuner means the AR-Series is fully Digital TV-Ready (DVB-T) as well as capable of receiving analogue broadcasts. TV functions are all available from the supplied remote commander, and the AR-Series is configured with Microsoft Windows Media Center Edition so it’s completely remote-friendly. Which means when it’s used as a TV, PVR or DVD player it offers all the convenience and ease of use of dedicated devices, just without any of their inherent limitations. “This is a pivotal moment,” says Jun Koyama, Director of IT for VAIO Operations Europe (VOE). “There’s a new processing paradigm with dual-core, a new video standard with HD and a new optical standard in the form of Blu-ray. The AR-Series embraces all three, which is plenty enough to make it a very significant product. But to achieve all this in a mobile platform, complete with a display that outperforms many HD televisions, well that puts the AR-Series right out in a category of its own.”