Last week Casino Royale was released in the U.S. If you loved the whole casino theme and feel, you can play some of your own casino games over at dreamjackpot. This James Bond movie is based on Ian Fleming's first Bond novel. Many fans weren't really impressed when they heard Daniel Craig would be playing James Bond in this movie but overall the 21st Bond movie is getting pretty good reviews.

Now lets take a look at five cool exclusive (and also some more affordable) products James Bond shows off in the movie.

1. The Aston Martin DBS car. Autoweek has pictures of this car but according to Aston Martin the production vehicle (the DBRS9) will not have the same look as the car in the film. The DBRS9 is said to feature a 6 liter V12 engine, offering its drivers more than 500 horsepower. 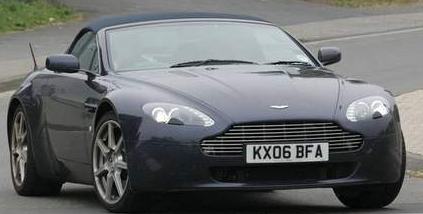 You can also see a beefed up Ford Mondeo 2007 car in the film, Ford had to shelve out more than $25 million to get a short test drive from James Bond in Casino Royale.

2. James Bond will wear a Grigioperla bathing trunk from La Perla and the Bond Girl will wear La Perla bikinis. 4. Bond uses a couple of notebooks like the Sony VAIO TX and SZ. You can also see a Sony Blu-ray disc player in the movie.

5. The watch used by James in this movie is the Omega Seamaster 300 M Chronometer. The titanium version of this watch costs more than $3,200. Besides the products I highlighted in this post there are also plenty of other products and brands you'll see in the movie like Bollinger champagne, Heineken beer, John Lobb shoes, Persol sunglasses, Smirnoff, Virgin, the Walter P99 and a bunch of other things.

According to news reports the amount of products in Casino Royale is lower than the amount in the previous Bond movie which some people refer to as "Buy Another Day" because way too many manufacturers had bought their way into this movie.

What do you think about companies advertising their products in movies (or even games)? Do you like this or not? For me it doesn't really matters as long as it's not too much.