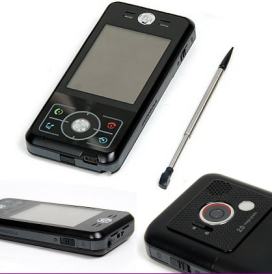 This phone also supports audio, MP3, MPEG4, AAC+, WAV and RealAudio are supported. The phone doesn't have iTunes like the previous ROKR phones but features RealPlayer. There are no artificial song caps anymore so now you can fully utilize your memory cards to listen to hundreds of songs on your ROKR E6 phone.