Which console is the noisiest? 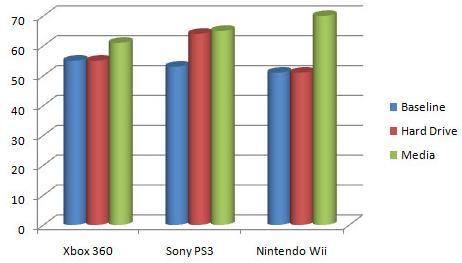 PreGameLobby checks out checks out which console makes most noise. The Nintendo Wii, Xbox 360 or PlayStation 3?

When the first batch of 360’s starting failing many gamers claimed that their replacement consoles were quieter than their predecessors. There were also reports of different types of drives being used and that each one had a different noise factor.

When the PS3 was released in late 2006, it was almost as difficult to find as the Xbox 360 at launch. Reports are now in all over the Country that PS3 are readily available at most retailers. The initial reports of the PS3 were that they were incredibly silent. I then read a review in Sound and Vision on the BluRay aspect of the PS3 and the author complained that the PS3 was incredibly loud; louder even than his Toshiba HDA1 HDDVD drive. I have one of those and it is pretty loud. Granted I typically do not notice it with the sound from the movie cranked, but on low level scenes I can sometimes hear the fans of the HDA1..