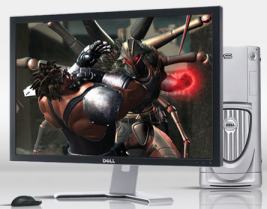 The basic level is, “Does the manufacturer try to fool us?” This question has a trivial answer. Serious manufacturers of monitors don’t come down to mere lies.

The second level is more complicated, “What do the declared parameters mean, anyway?” This boils down to discussing how the parameters are measured by the manufacturers and what practical constraints on the applicability of the measurement results there exist. For example, the response time parameter was defined in the ISO 13406-2 standard as the total time it takes an LCD matrix to switch from black to white and to black again. Tests prove that for every matrix type this transition takes the least amount of time whereas a transition between two tones of gray may take much longer and the matrix won’t look as fast as its specs suggest. This example doesn’t belong with the first level of discussion because the manufacturer can’t be said to lie to us: if you select the highest contrast setting and measure the “black-white-black” transition, it will coincide with the specified response time.