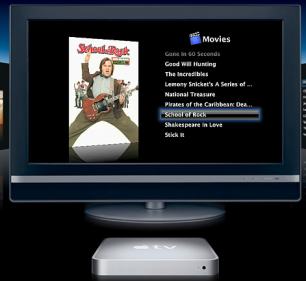 Gizmodo heard that the Apple TV will definitely not get games:

So you know how someone found "evidence" of game compatibility with Apple TV in the latest iTunes update? Looks like it's more of an example of some lazy copying and pasting by developers than one of future features. MacUser did some research and discovered that the code is exactly the same as the code for both iPods and mobile phones (like the ROKR, not the iPhone), making it look like this is just the result of some find and replace action.