AMD 690 based motherboards spotted at CeBIT, P35 as well 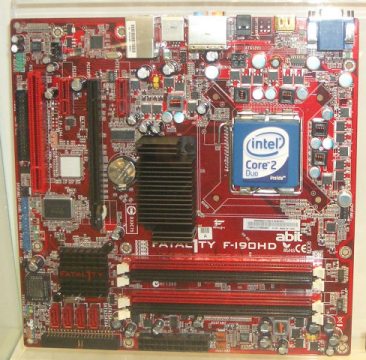 The British lads from The Inq present us a bunch of shiny pictures of upcoming motherboards they've spotted at CeBIT today. This includes a new Fatal1ty motherboard from Abit based on the AMD 690 chipset.

The Fatality F-I90HD is an interesting one, aimed of course at the gaming market. This board is based on the AMD 690 chipset, the first one to come out since the DFI board. It will be interesting to see how this one fares after a longer gestation period.

The board has HDMI, 10 USB ports, and a bunch of other higher end features including 7.1 sound. Not much is missing, and it will do full rez HD movies with DRM! The chipset is overclocked from the factory, so it should be faster than an vanilla 690 part if there is one.

They also came across several boards based on Intel's upcoming P35 chipset.