Posted on Sunday, Apr 22 2007 @ 16:55 CEST by Thomas De Maesschalck
The guys from ShackNews had a chance to take a look at the World in Conflict video game, here's a snip from their eport:

Though a newly created property, World in Conflict is very much an iteration on Massive's well-regarded Ground Control series of real-time strategy games. It retains successful elements of that series, such as its up-close presentation, a lack of base-building, the low-angled camera, and the focus on tactics-level gameplay. Jénsen was sure to state that fans of the series will feel right at home.

Crucially, however, the setting has changed dramatically, which has had an effect on other aspects of the game. While Ground Control was set in a sci-fi universe fairly typical for the RTS genre, World in Conflict travels a path that is not nearly as well-charted for the genre: Cold War alternate history. In an interview conducted last week, Jansén described some of the more fundamental changes made for World in Conflict. 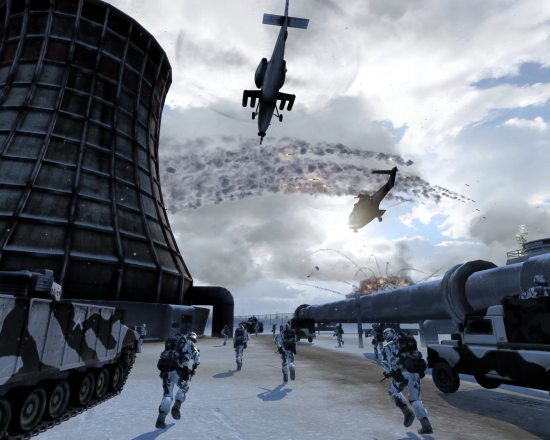