Like a chameleon in videogame form, Hellgate: London deceives those who try to discern too much from looks alone. It fools the eye by appearing to be something easily recognized on sight. Despite what screenshots suggest, it most definitely isn't a first-person shooter. Neither is it a third-person adventure game. Through an afternoon spent at Flagship Studios playing the game with none other than CEO (and possibly more importantly one of the key Blizzard North members who created Diablo) Bill Roper himself, it became crystal clear to us that no matter what you think you see, Hellgate: London delivers exactly the action RPG fix Diablo fans have been yearning for. 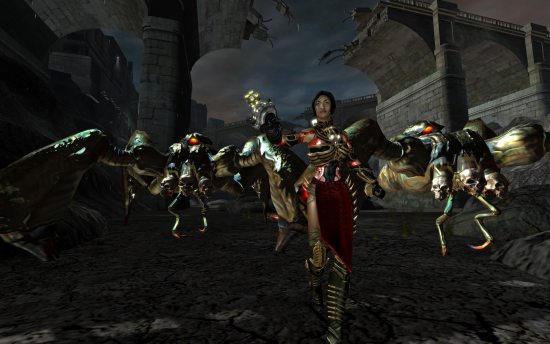