"'Halo 3' is much more than a video game release; it's the biggest entertainment event of the year," said Peter Moore, corporate vice president of Microsoft's Interactive Entertainment Business. "On Sept. 25, we intend to deliver a finale that will go down in entertainment history and leave people around the world with an experience that will be shared and enjoyed for years to come." Fueling the early buzz around "Halo 3", Microsoft unveiled the multiplayer beta on the eve of its release at a star-studded event in Hollywood. Beginning tomorrow, May 16, Microsoft Game Studios will kick off the "Halo 3" multiplayer beta, which provides audiences worldwide with an exclusive, early look at some of the multiplayer elements of "Halo 3" on Xbox LIVE. Adding to the excitement, Microsoft is also announcing a special edition Zune digital media player inspired by the hugely successful "Halo" franchise. On shelves next month, the Zune-Halo 3 edition comes loaded with a collection of "Halo" content, including videos, soundtracks, trailers, ads and artwork. 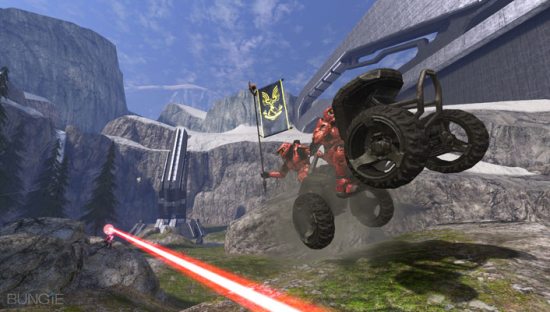