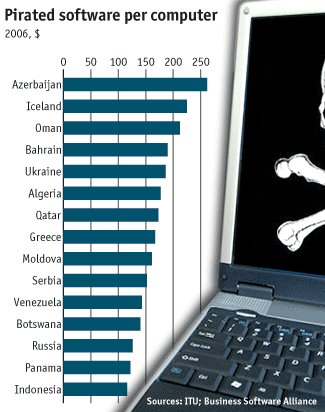 But when calculated according to the number of computers in each country a different picture emerges. Cash-strapped countries dominate the leader board. In Azerbaijan, which comes out on top, computers are loaded with $262-worth of pirated software on average. But Iceland is the surprise second-placed nation: although software to the tune of $32m is pirated it is spread over only a few computers.