Posted on Thursday, Jul 12 2007 @ 06:07 CEST by Thomas De Maesschalck
Firingsquad published screenshots of three new Xbox Live Arcade: Battlestar Galactica, Commanders: Attack and Switchball. These games will soon be downloadble and will be available for the PC platform as well. 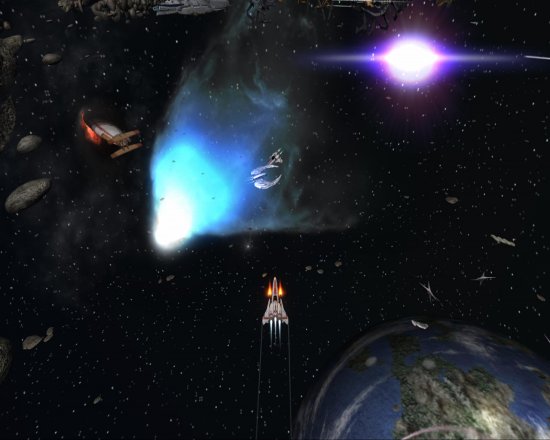 Inspired by the hit television series, Battlestar Galactica, airing on the SCI FI Channel, Battlestar Galactica is an action-packed top-down space combat game set in the universe of the hugely popular sci-fi television show. Players can take part in enormous multiplayer space battles with up to eight players online or play through the single-player campaign that includes memorable missions from the TV series. Pilots can either sign up to defend the Galactica or play as the ruthless Cylons as they seek to remove the human race from existence. With full 3D graphics to show off the detailed ships and cosmic environments, Battlestar Galactica allows players to fly four Human and four Cylon ships from the Viper II to the Cylon raider, each with unique weapon capabilities. Battlestar Galactica will be available on Xbox LIVE Arcade, as well as Windows PC this fall.