Posted on Sunday, Jul 29 2007 @ 09:30 CEST by Thomas De Maesschalck
Firingsquad has published an article with their first impressions of the upcoming Civilization: Revolution game.

The demo showed us that Meier had not forgotten the elements that PC players have enjoyed about the Civilization series. The turn based elements are still there as are picking one of the 16 different civilizations that you can play in the game. Historical figures such as Cleopatra and Napoleon are are also a part of the new game. However, the game's visuals have definitely gotten a facelift. The visuals, while still staying with the series's somewhat cartoony tone, are much more enhanced as you get to see unit more up close than you have encountered in the PC games. The title's 3D games even have an in-game physics engine which means that animations in battles should look different every time you play it. 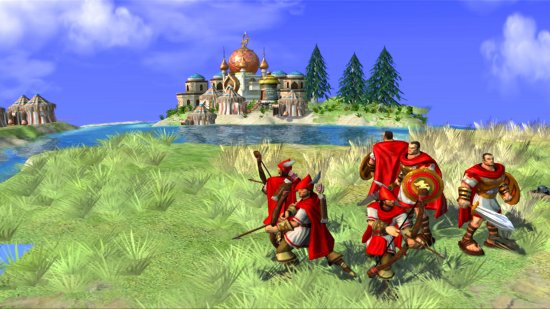