Posted on Monday, Aug 13 2007 @ 02:00 CEST by Thomas De Maesschalck
The guys from Team Xbox had a change to test Call of Duty 4's multiplayer mode:

As you might have gathered from our recent E3 Awards, we here at TeamXbox are looking forward to Infinity Ward’s Call of Duty 4: Modern Warfare just a little bit. It’s not like we didn’t appreciate the job that Treyarch did developing Call of Duty 3, it’s just that it’s impossible for anyone to live up to the lofty expectations that were created when the original Call of Duty took the gaming world by storm in 2003. On a recent trip to the company’s headquarters in sunny Encino, we learned that the development team actually began work on the latest game as soon as they got their Xbox 360 dev kits, and we were happy to report that it shows. Amazingly, the game has come a long way since we saw the game in the weeks leading up to E3, and we (myself, IGN’s Hilary Goldstein, and GameSpy’s Bryn Williams and Gerald Villoria ) recently had the opportunity for a second visit to play the upcoming multiplayer beta. 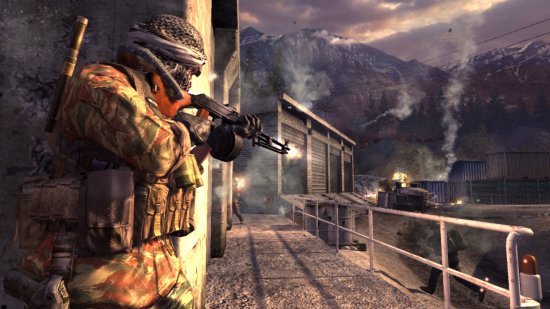